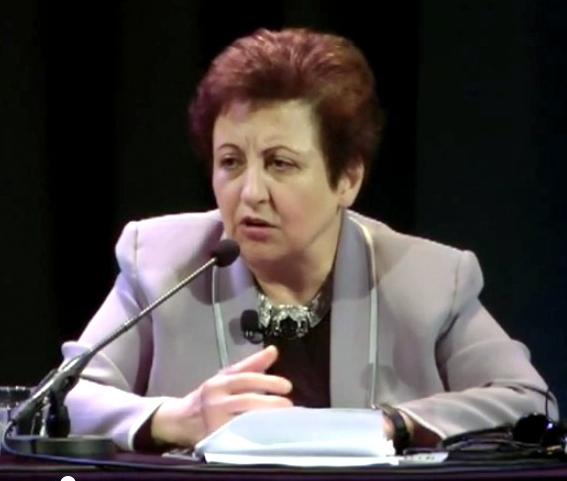 "Shirin Ebadi" is an Iranian lawyer, a former judge and human rights activist and founder of Defenders of Human Rights Center in Iran. On 10 October 2003, Ebadi was awarded the Nobel Peace Prize for her significant and pioneering efforts for democracy and human rights, especially women's rights/women's, children's rights/children's, and right of asylum/refugee rights. She was the first ever Iranian to receive the prize.

In 2009, Ebadi's award was allegedly confiscated by Iranian authorities, though this was later denied by the Iranian government. If true, she would be the first person in the history of the Nobel Prize whose award has been forcibly seized by state authorities.

Ebadi lived in Tehran, but she has been in exile in the UK since June 2009 due to the increase in persecution of Iranian citizens who are critical of the current regime. In 2004, she was listed by Forbes magazine as one of the "100 most powerful women in the world". She is also included in a published list of the "100 most influential women of all time."

If you enjoy these quotes, be sure to check out other famous lawyers! More Shirin Ebadi on Wikipedia.

The idea of cultural relativism is nothing but an excuse to violate human rights.

When a person is humiliated, when his rights are being violated, and he does not have the proper education, naturally he gravitates toward terrorism. 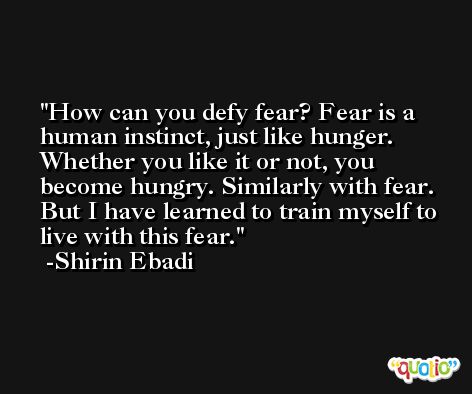 Whenever women protest and ask for their rights, they are silenced with the argument that the laws are justified under Islam. It is an unfounded argument. It is not Islam at fault, but rather the patriarchal culture that uses its own interpretations to justify whatever it wants.

Democracy doesn't recognize east or west; democracy is simply people's will. Therefore, I do not acknowledge that there are various models of democracy; there is just democracy itself. 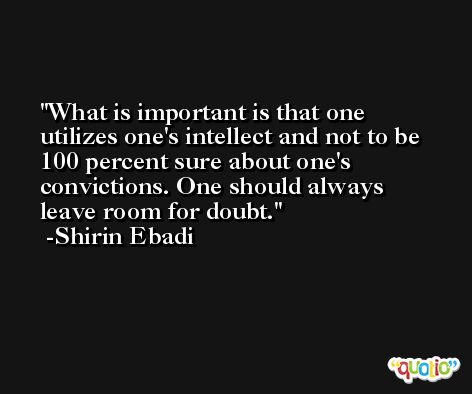 Women are the victims of this patriarchal culture, but they are also its carriers. Let us keep in mind that every oppressive man was raised in the confines of his mother's home.

When we criticize in Iran the actions of the government, the fundamentalists say that we and the Bush Administration are in the same camp. The funny thing is that human rights activists and Mr. Bush can never be situated in the same group. 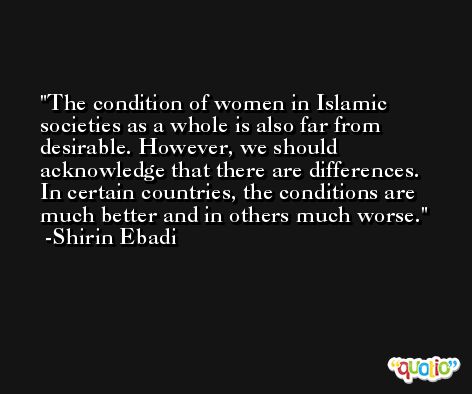