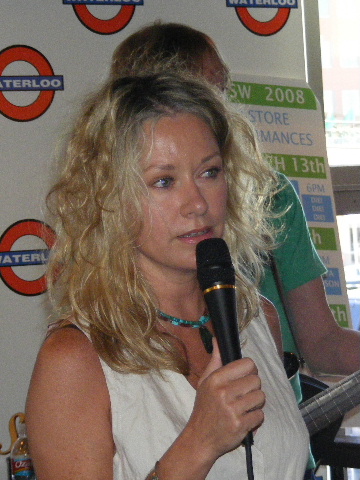 "Shelby Lynne" is an United States/American singer and songwriter. The success of her 1999 album I Am Shelby Lynne led to her winning the Grammy Award for Best New Artist, even though she had, by that time, been active in the music industry for some time. She released a Dusty Springfield tribute album called Just a Little Lovin' (Shelby Lynne album)/Just a Little Lovin' in 2008. Since then she has started her own independent record label, called Everso Records, and released three albums: Tears, Lies and Alibis, Merry Christmas, and Revelation Road. Lynne is also known for her distinctive contralto voice.

If you enjoy these quotes, be sure to check out other famous musicians! More Shelby Lynne on Wikipedia.

Al Green, Elvis, Patsy Cline -- you know, the stuff that doesn't go away, the kind of records I hope to make one day. 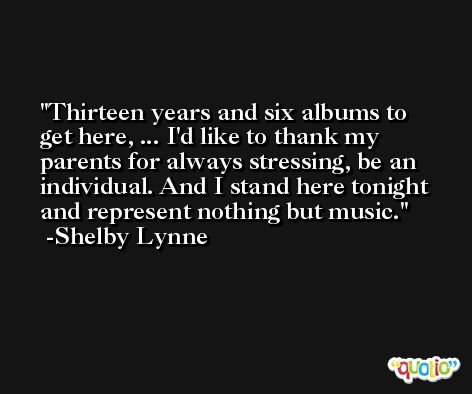 [But the song isn't a tribute to Johnny Cash's musical talent.] I was influenced by Johnny as an individual, ... He wasn't a staple in my musical existence. It was his awesome personality.

A guy who's playing for the beauty of the song, not his own ego. These are incredible players. 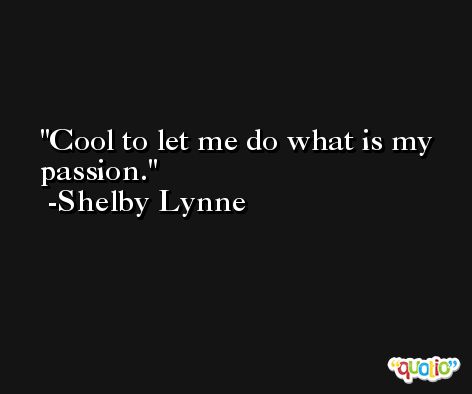 [Has the album touched people?] So far, they seem to dig it, ... I made this record for me, and I figured if I made this one for me, people would relate to the honesty.

[The two share some similarities. Like Cash, Lynne has spent her career trying to escape being pigeonholed by record companies.] I hope they don't try, ... I like to keep it all mixed up a bit.