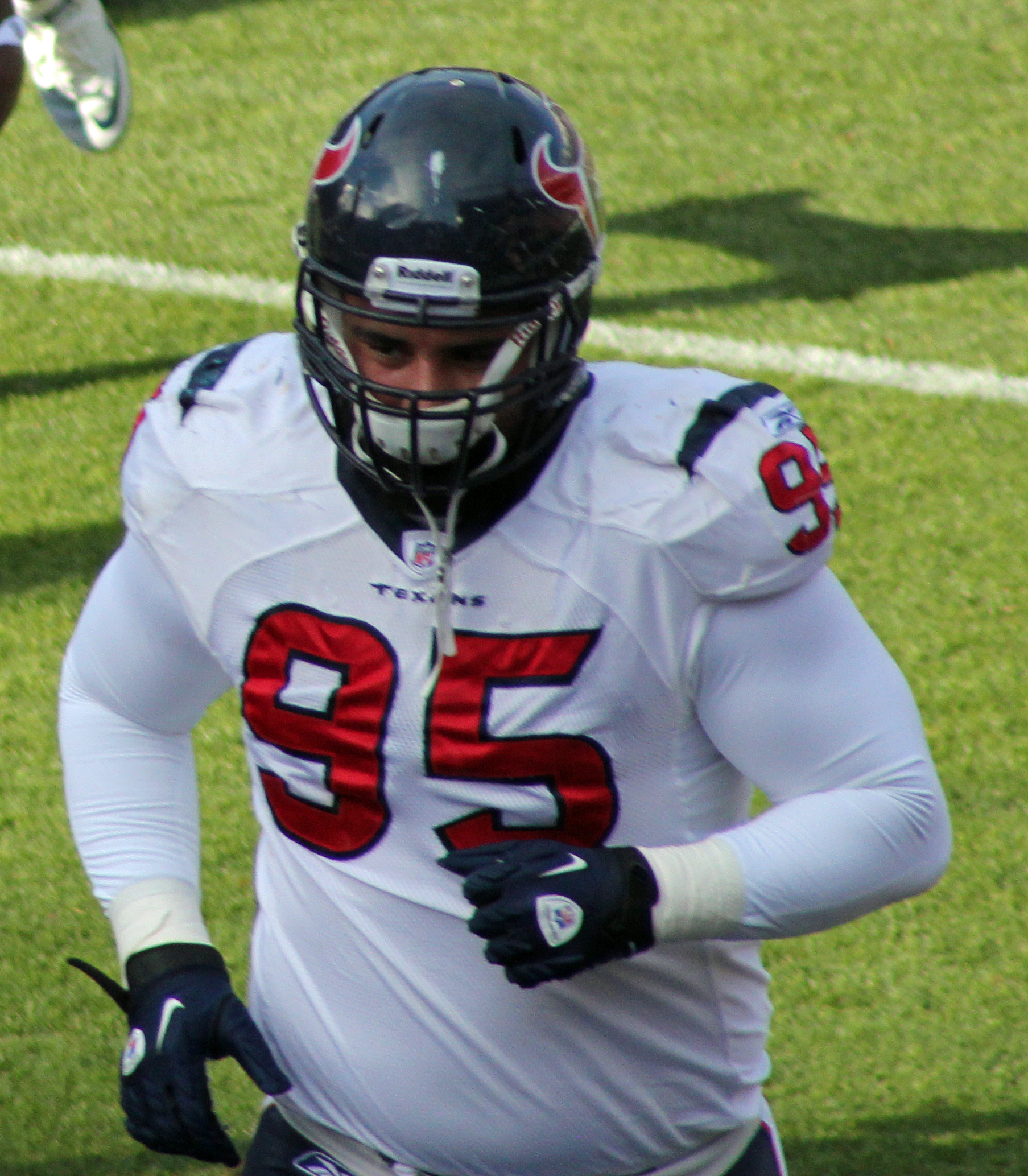 "Shaun Michael Cody" is an American football nose tackle who is currently a free agent. He played college football for the University of Southern California, and was recognized as a consensus All-American. The Detroit Lions chose him in the second round of the 2005 NFL Draft.

It's been quick. I can still remember losing in the Las Vegas Bowl to Utah [two years ago]. To bring this team back so quick, and be so young, you've got to be impressed by that.

I think we stated our case to being No. 1, ... by beating them so handily. 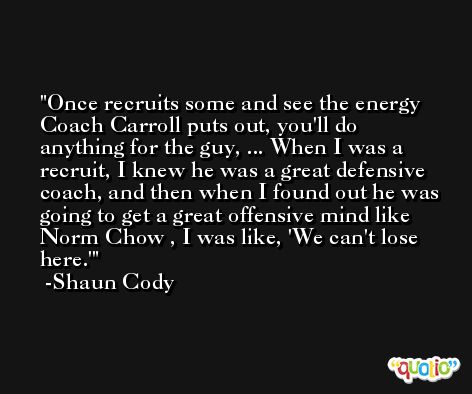 Man, [Rodgers] was just on fire. 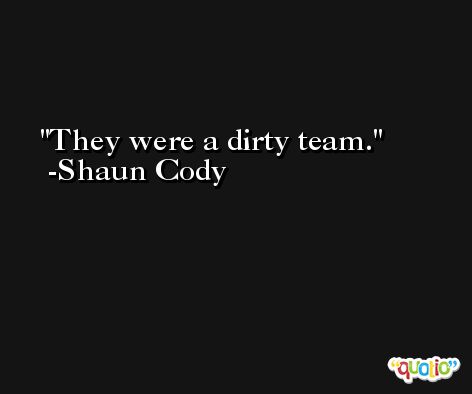 How can I challenge that? 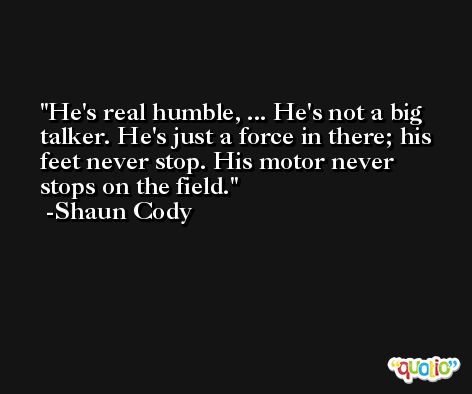