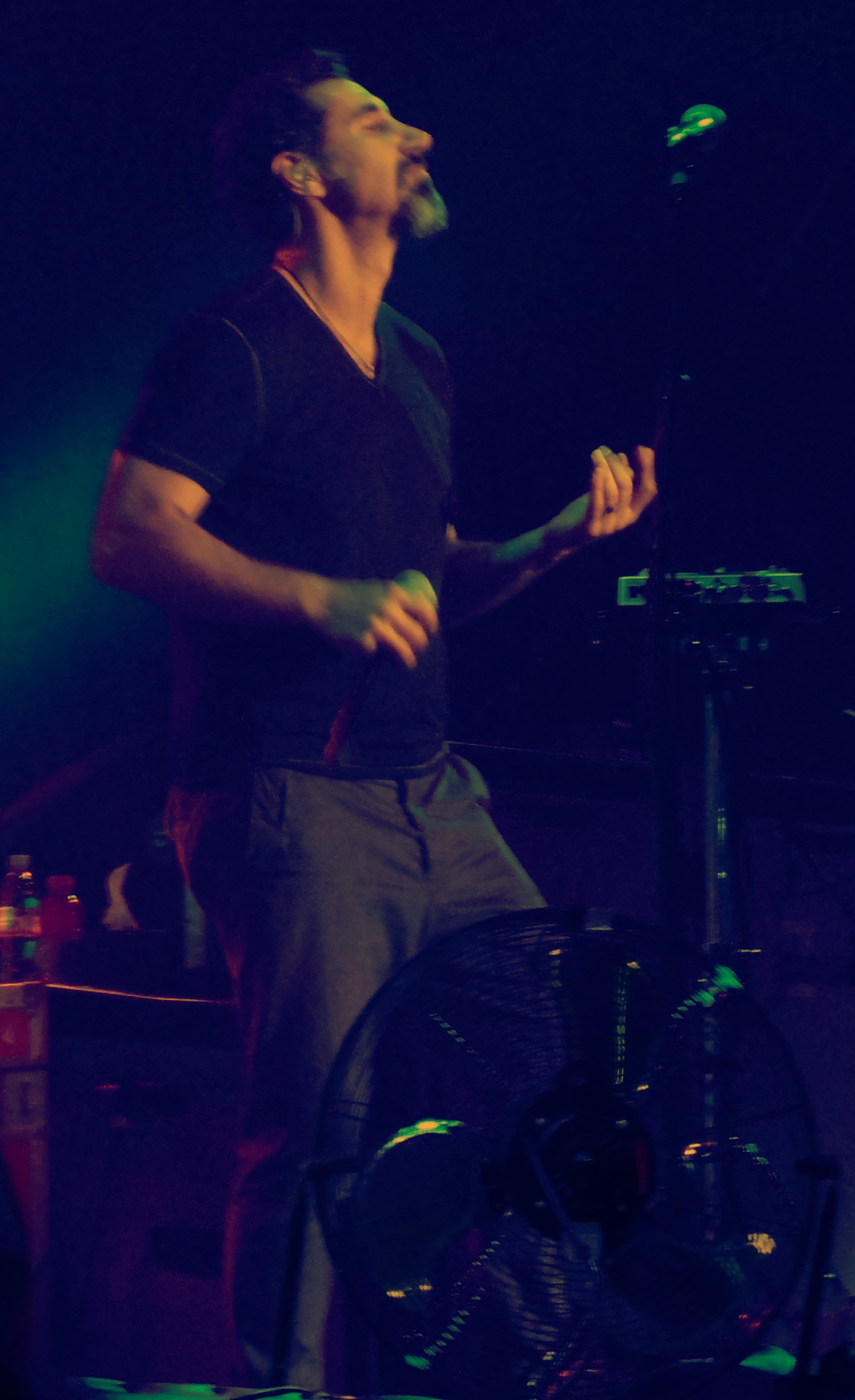 "Serj Tankian" is an American singer-songwriter, composer, multi-instrumentalist, record producer, poet, and political activist. He is best known as the lead vocalist, songwriter, keyboardist and occasional live rhythm guitarist of the metal band System of a Down, formed in 1994 by four Armenian-American friends.

During his musical career, Tankian has released five albums with System of a Down, one with Arto Tunçboyac?yan (Serart), as well as five solo albums Elect the Dead, Imperfect Harmonies, Harakiri (album)/Harakiri, Orca (album)/Orca, and Jazz-Iz-Christ. A live orchestral version of Elect the Dead incorporating the Auckland Philharmonia Orchestra named Elect the Dead Symphony was released. In 2002, Tankian and Rage Against the Machine/Audioslave guitarist Tom Morello co-founded a non-profit political activist organization, Axis of Justice. Tankian also founded the music label Serjical Strike Records, and is represented by Velvet Hammer Music and Management Group under System of a Down. On August 12, 2011, Tankian was awarded the Armenian Prime Minister's Medal for his contributions to the recognition of the Armenian Genocide and the advancement of music.

If you enjoy these quotes, be sure to check out other famous musicians! More Serj Tankian on Wikipedia.

Forgivness is The ultimate sacrifice.Eloquence belongs, To the conqueror.

We fought your wars with all our heartsYou've sent us back in body partsYou took our wills with the truth you stoleWe offer prayers for your long lost soul. 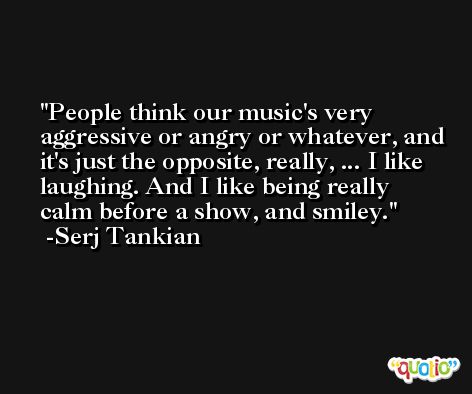 I've had people come up to me with the strangest interpretations of what lyrics might mean, and I'm like, 'You go! I never thought of that, but that works,' ... I think true art is a universal reflection, and true artists are just messengers of that reflection - or, at best, skilled presenters. 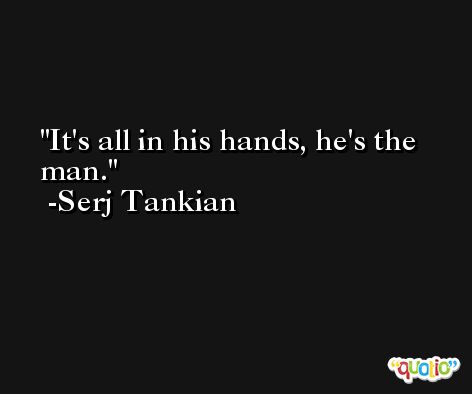 'As a kid, you see something that you know in your heart is true. It's such a huge hypocrisy that it makes you think, 'Well, if this is a truth that I know about that's not officially accepted, at least in this country, then how many other truths are there that are under the surface that need to come out?''.

Civilization is a failure. We need to think what we can do together in love and peace. 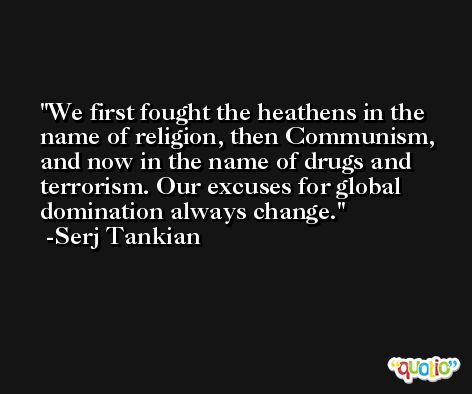