"Winfield Scott "Scotty" Moore III" is an Americans/American guitarist and recording engineer. He is best known for his backing of Elvis Presley in the first part of his career, between 1954 and the beginning of Elvis's Cinema of the United States/Hollywood years. He was ranked 29th in Rolling Stone magazine's list of 100 Greatest Guitarists of All Time in 2011. He was inducted into the Rock and Roll Hall of Fame in 2000.

If you enjoy these quotes, be sure to check out other famous musicians! More Scotty Moore on Wikipedia.

I'm real proud of the fact that I believe that whatever kind of music a person likes, I believe he'll find at least one cut on there to really enjoy.

We were fortunate to be there a day or two before "the big bang" and then we got the heck out of town. 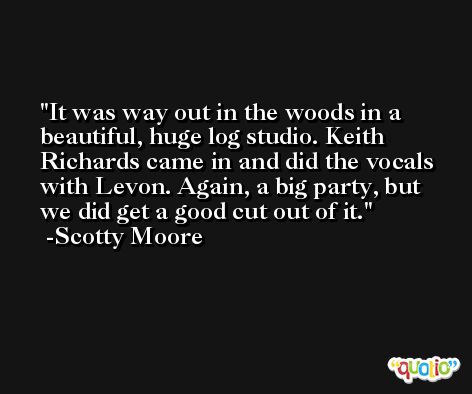 There's nothing definite yet. Of course, any time you have a book, there's going to be book signings and stuff. We'll do bookstores that handle both audio and video. And some of the stores want to have the CDs available at the same time. So that part looks real good.

Is a fine entertainer, respectfully re-creating the image. 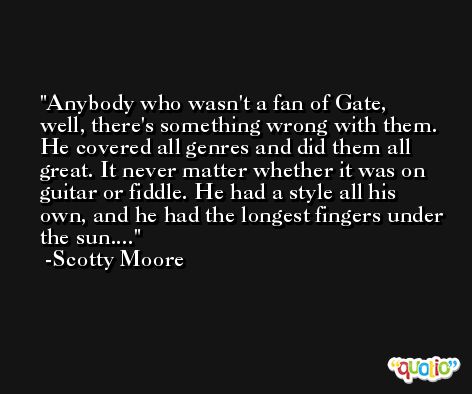