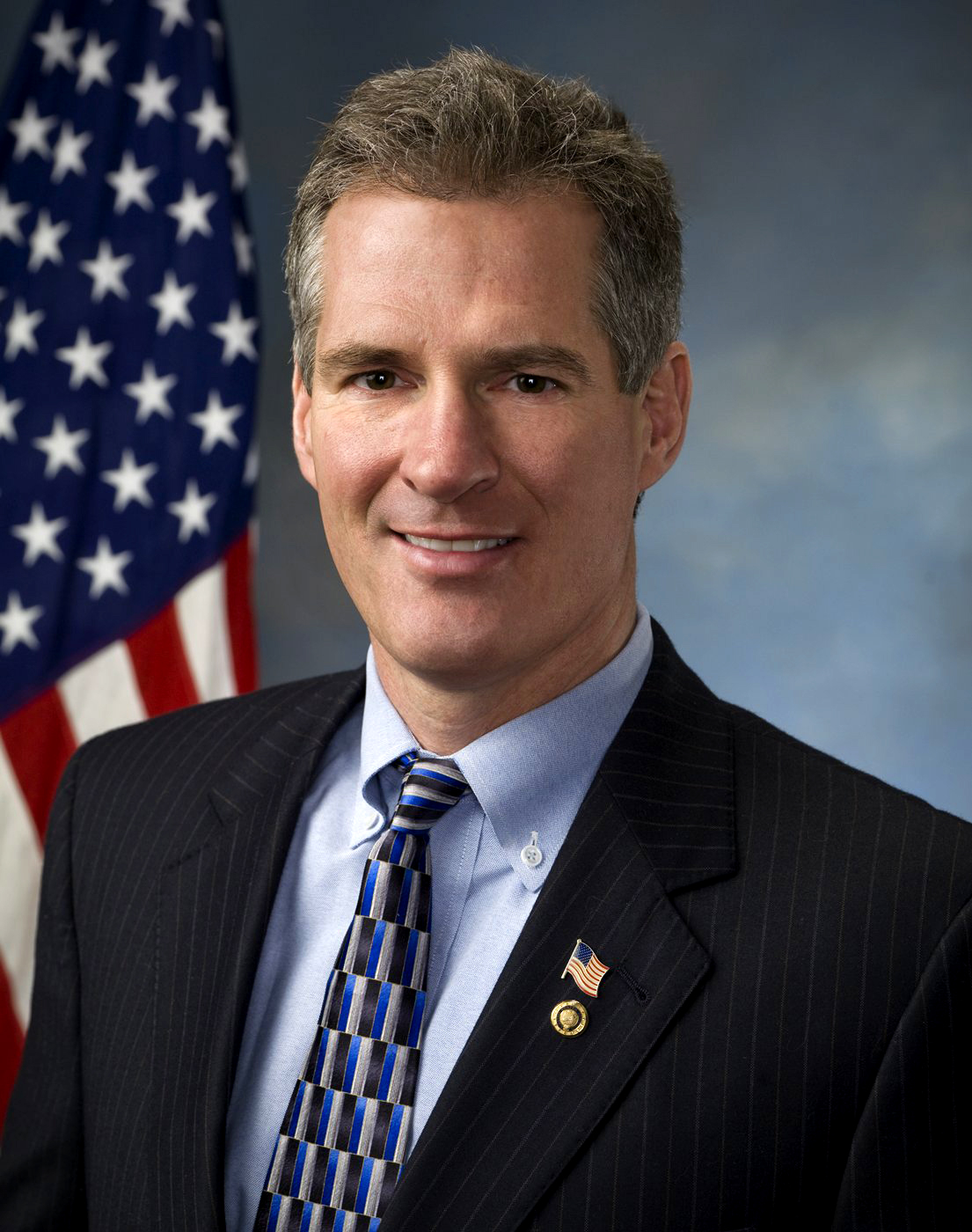 If you enjoy these quotes, be sure to check out other famous politicians! More Scott Brown on Wikipedia.

Nobody trains harder than Drew Switzer. He's as hard a worker as I've ever seen.

I started looking into the cost of the equipment because it is a really good fitness program, especially when I only have a PE budget of a couple hundred bucks. 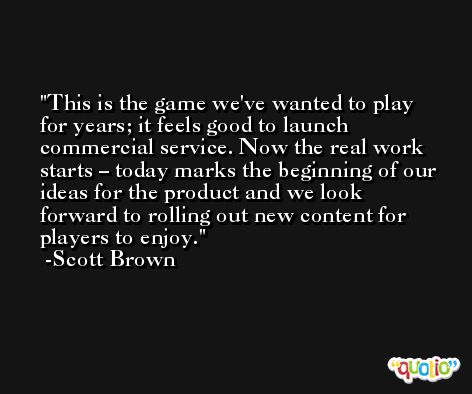 Since we don't have a large enough gym area for a running program, the kids can follow along on the video and do the step aerobics and have a great time doing it.

This means we may end up with a softer March but much stronger April. Easter is one of the biggest retail seasons. It's when new merchandise comes out and families get together for dinner. The later in the year it falls, the bigger the boost to the economy, since the weather is more likely to be favorable. 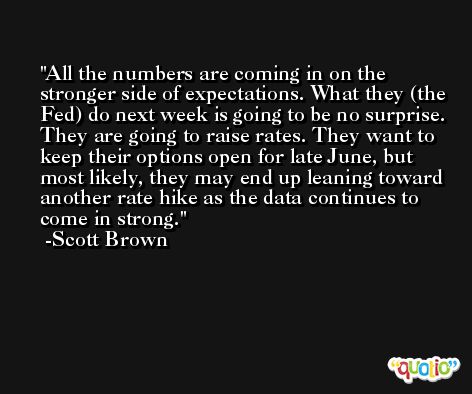 Fourteen feet in high school will give you a good shot at state title. It may not win it, but you'll sure have a good shot.

After that we were just floating. 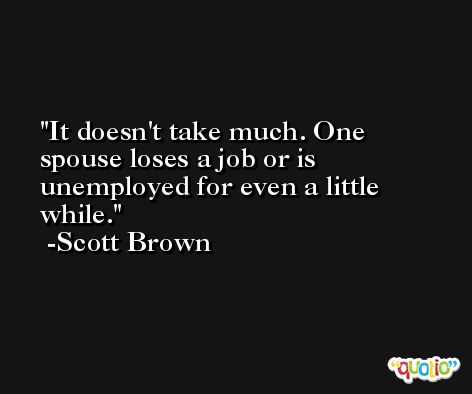