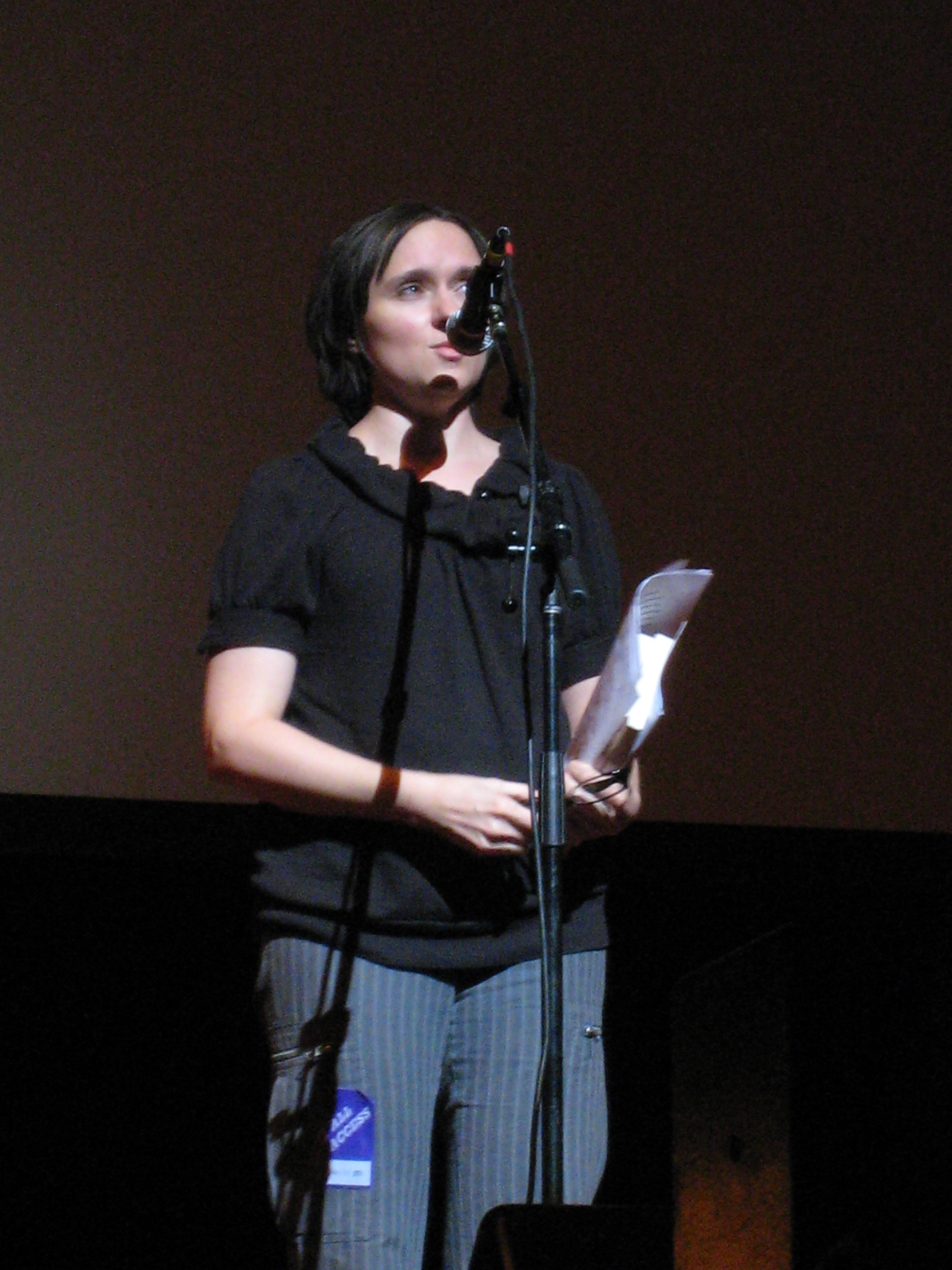 "Sarah Jane Vowell" is an American author, journalist, essayist and Social commentary/social commentator. Often referred to as a "social observer," Vowell has written six nonfiction books on American history and culture, most recently Unfamiliar Fishes which was published in 2011. She was a contributing editor for the radio program This American Life on Public Radio International from 1996 to 2008, where she produced numerous commentaries and documentaries and toured the country in many of the program's live shows. She was also the voice of Violet Parr/Violet in the animated film The Incredibles.

If you enjoy these quotes, be sure to check out other famous writers! More Sarah Vowell on Wikipedia.

It was such a great time for music. Being in college radio in the '80s, R.E.M. just happened, Elvis Costello was going strong. The biggest, most famous Seattle band was the Young Fresh Fellows. Our town was halfway between Seattle and Minneapolis on I-90, and so we got tons of shows just by virtue of being the gas-money stop on I-90.

I make my living half as a critic, so I think that opinionated would be a good thing for a critic to be. And I think crankiness has some sort of connotation of individualism. 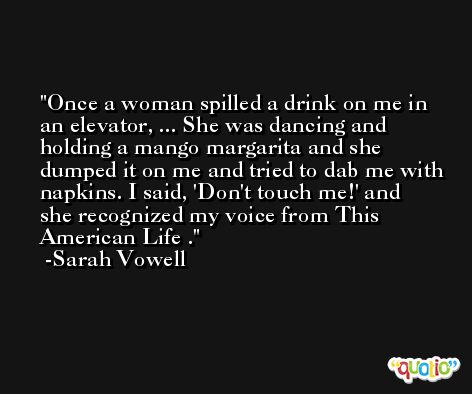 I probably am a cranky writer, but I am actually a fairly nice, normal person. Since I'm a grouchy writer, of course I have friends whose books are doing way better than mine.

In my real life I'm more of a walking Woody Allen movie. I'm afraid to drive and I can't swim and all that stuff so it is incredibly thrilling and fun to listen to my voice do things that, when it's in my regular body, it would never get to do. 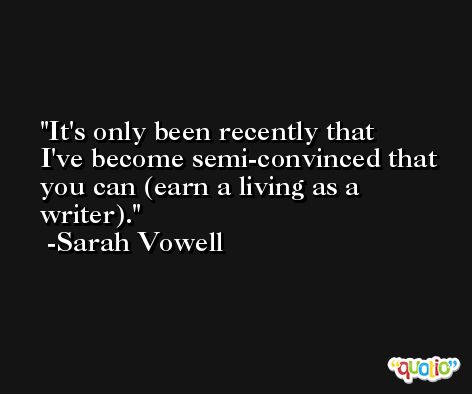 [In] Shooting Dad, ... There were years and years when he hid out by himself in the garage making rifle barrels and I holed up in my room reading Allen Ginsberg poems, and we were incapable of having a conversation that didn't end in an argument.

I'm still definitely a journalist, so I work fast. And only with a gun to my head.