In April 2005, Berger pled guilty to a misdemeanor charge of unauthorized removal and retention of classified material from the National Archives and Records Administration/National Archives in Washington. According to the lead prosecutor in the case, Berger only took copies of classified information and no original material was destroyed. Berger was sentenced to a fine and a three-year suspension of his security clearance.

If you enjoy these quotes, be sure to check out other famous public servants! More Sandy Berger on Wikipedia.

(Saddam) will rebuild his arsenal of weapons of mass destruction and some day, some way, I am certain he will use that arsenal again, as he has 10 times since 1983.

That can't be the only consideration. 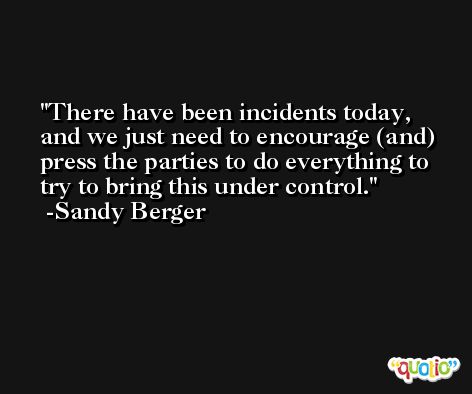 I don't expect them to change their views, and they shouldn't expect us to change our views. The issue is how we work together in spite of that.

Sure, after Bush took office, the Administration could have acted upon the intelligence provided by Able Danger, but if the information was buried, then they probably weren't even aware of it. 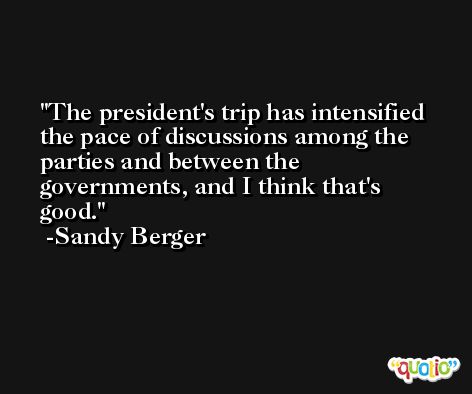 The president hopes that his presence here, his private conversations and his public dialogue with the people here, will remind them what's at stake.

We're certainly not going to impose ourselves in a situation where one of the parties does not believe that's the right course of action. 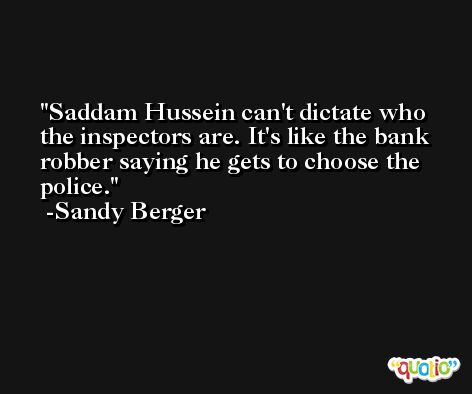