"Sanath Teran Jayasuriya" is a former Sri Lankan cricket team/Sri Lankan cricketer and a current member of the Parliament of Sri Lanka. He is renowned as one of the best ODI players of all time, due to powerful striking and match winning performances.

Jayasuriya was an all-rounder, who had an international cricket career that spread over two decades. He is the only player to score over 12,000 runs and capture more than 300 wickets in One Day Internationals, and hence regarded as one of the best all rounders in the history of Limited overs cricket/limited-overs cricket. He was named the Most Valuable Player of Cricket World Cup#Awards/1996 Cricket World Cup and Wisden Cricketers' Almanack broke an age old tradition by naming him one of Five Cricketers’ of the Year 1997 despite not playing the previous season in England. Jayasuriya was also the List of Sri Lanka national cricket captains/captain of the Sri Lankan cricket team from 1999 to 2003. He retired from Test cricket in December 2007 and from limited overs cricket in June 2011.

It was good to see the boys playing good cricket and it was really good for the confidence of the boys before we play Australia.

We had to add extensions to the trousers and the shirts looked more like tight-fitting women's blouses. 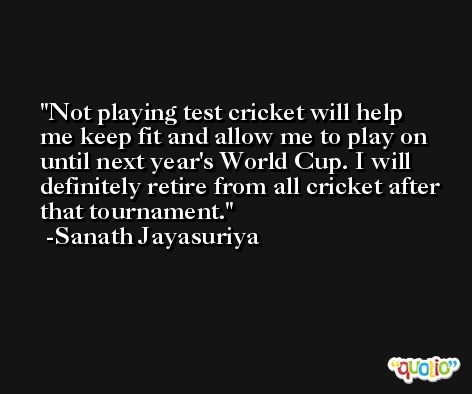 I thought about it long and hard and decided this was the best time to go.

I think we left New Zealand the same day as the tsunami hit so we all remember what happened. 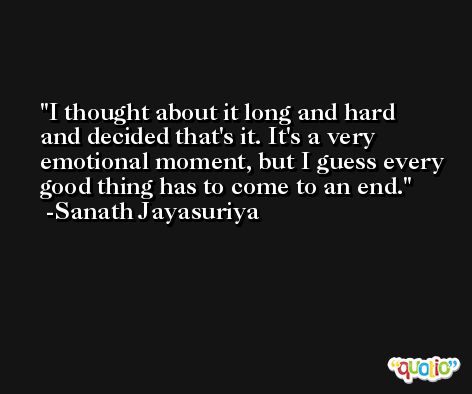 I'm hoping for a big score but I'll just be looking to play my natural game to help win this series.

I came back and I played a good innings. I'm very happy today. I always enjoy playing in Australia. There is good bounce and the ball carries through. 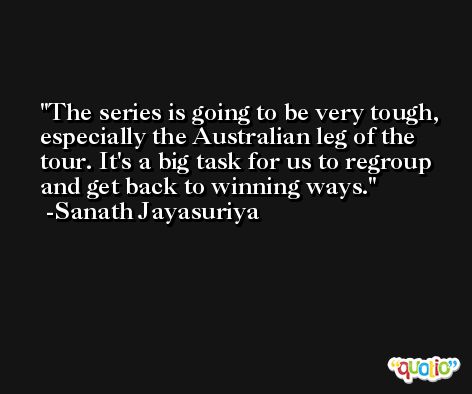