"Samuel McChord Crothers" was an United States/American Unitarianism/Unitarian minister with The First Parish in Cambridge. He was a popular essayist.

Crothers died suddenly at his home in Cambridge, Massachusetts.

Try as hard as we may for perfection, the net result of our labors is an amazing variety of imperfectness. We are surprised at our own versatility in being able to fail in so many different ways.

The trouble with facts is that there are so many of them. 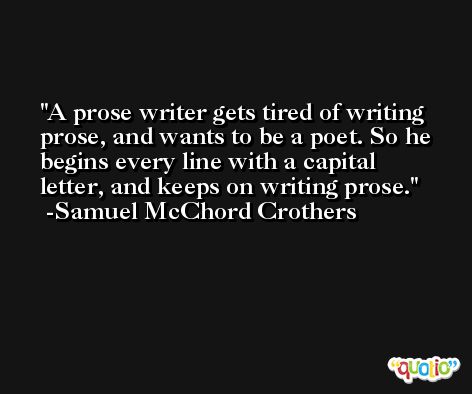