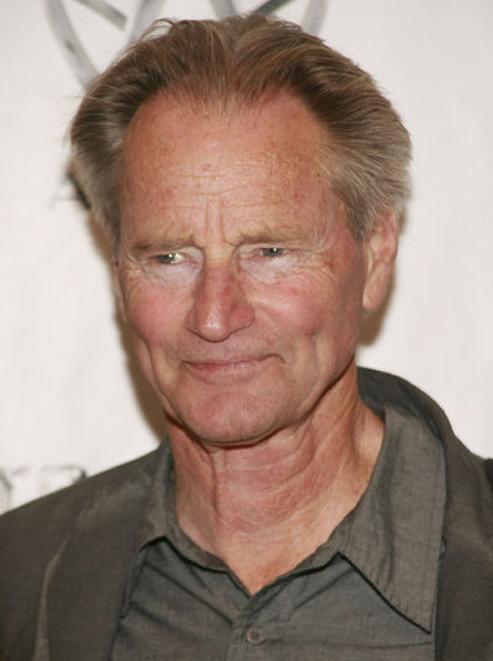 "Sam Shepard" is an American playwright, actor, and television and film director. He is the author of several books of short stories, essays, and memoirs, and received the Pulitzer Prize for Drama in 1979 for his play Buried Child. Shepard was nominated for an Academy Award for Best Supporting Actor for his portrayal of pilot Chuck Yeager in The Right Stuff (film)/The Right Stuff (1983). Shepard received the PEN/Laura Pels International Foundation for Theater Award as a master American dramatist in 2009.

If you enjoy these quotes, be sure to check out other famous playwrights! More Sam Shepard on Wikipedia.

I'm a writer. The more I act, the more resistance I have to it. If you accept work in a movie, you accept to be entrapped for a certain part of time, but you know you're getting out. I'm also earning enough to keep my horses, buying some time to write.

We're being sold a brand-new idea of patriotism. It never occurred to me that patriotism had to be advertised. Patriotism is something you deeply felt. You didn't have to wear it on your lapel or show it in your window or on a bumper sticker. That kind of patriotism doesn't appeal to me at all. 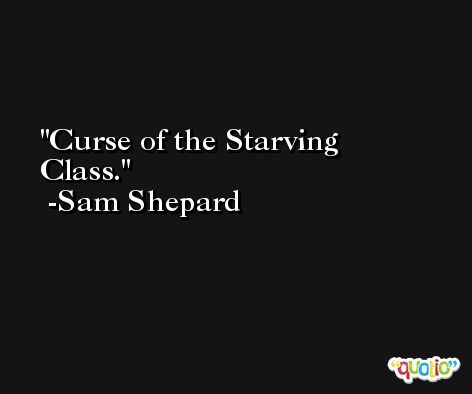 Honesty and courage. Also, neither of them can sing a lick. She'll be the first to admit she can't carry a melody line.

A Lie of the Mind. 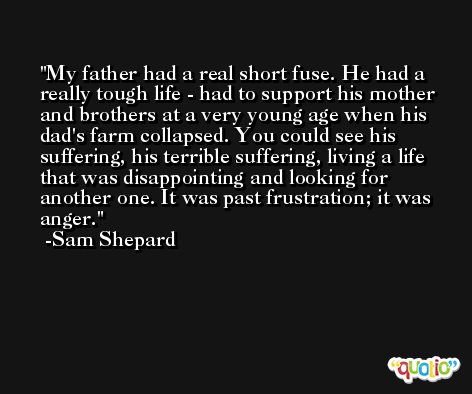 In the original New York production, which I directed, I had the good fortune to encounter a bluegrass group called the Red Clay Ramblers, out of Chapel Hill, North Carolina. Their musical sensibilities, musicianship, and great repertoire of traditional and original tunes fit the play like a glove.

I didn't go out of my way to get into this movie stuff. I think of myself as a writer. 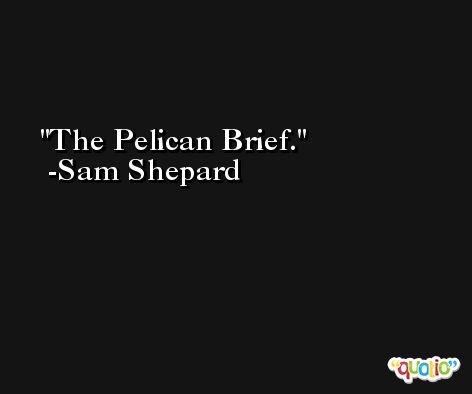