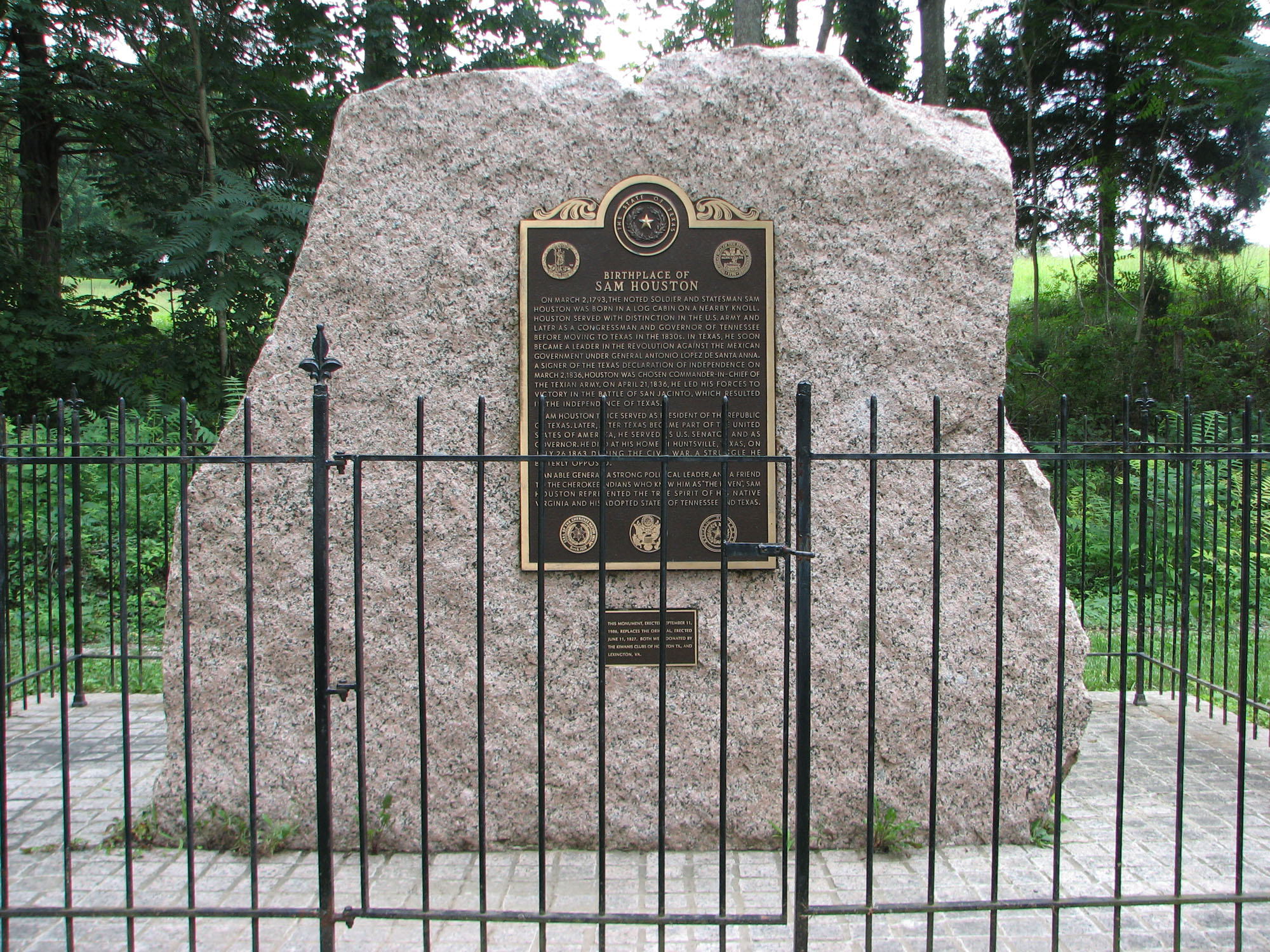 "Samuel "Sam" Houston" was an American politician and soldier, best known for his role in bringing Republic of Texas/Texas into the United States as a U.S. state/constituent state. His victory at the Battle of San Jacinto secured the independence of Texas from Mexico. The only American to be elected governor of two different States (as opposed to territories or indirect appointments), he was also the only Southern governor to oppose secession (which led to the outbreak of the American Civil War) and to refuse an oath of allegiance to the Confederacy, a decision that led to his removal from office by the Texas secession convention.

Houston was born at Church Hill/Timber Ridge Plantation in Rockbridge County of Virginia, of Scotch-Irish American/Scots-Irish descent. After migrating to Tennessee from Virginia, he spent time with the Cherokee/Cherokee Nation (into which he later was adopted as a citizen and into which he married), military service in the War of 1812, and successful participation in Tennessee politics. In 1827, Houston was elected Governor of Tennessee as a Jacksonian Democrats/Jacksonian. In 1829, he resigned as governor and relocated to Arkansas Territory. In 1832, Houston was involved in an altercation with a U.S. Congressman, followed by a high-profile trial.

If you enjoy these quotes, be sure to check out other famous politicians! More Sam Houston on Wikipedia.

I would lay down my life to defend any one of the States from aggression, which endangered peace or threatened its institutions. I could do more for the union, but I wish to do more; for the destruction of the union would be the destruction of all the States. A stab in the heart is worse then a cut in a limb, for this may be healed.

It is a matter of great satisfaction to me to hope that my children will be in circumstances to receive a good education. Mine was defective and I feel the inconvenience, if not the misfortune of not receiving a classical education. Knowledge is the. 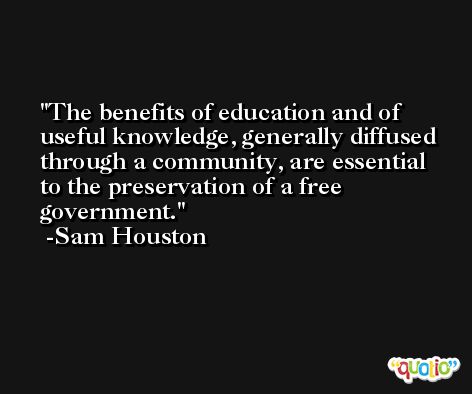 Texas has yet to learn submission to any oppression, come from what source it may.

Whether his policy was right or wrong, he built up the glory of the nation. 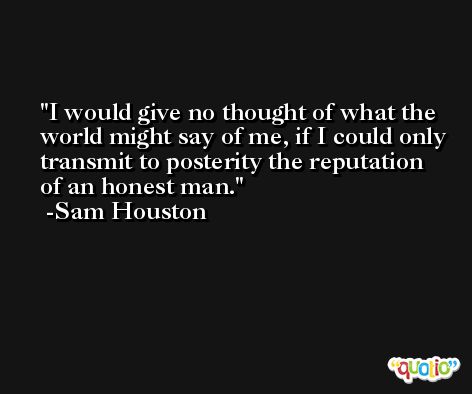 To secede from the Union and set up another government would cause war. If you go to war with the United States, you will never conquer her, as she has the money and the men. If she does not whip you by guns, powder, and steel, she will starve you to.

Texas will again lift it's head and stand among the nations. It ought to do so, for no country upon the globe can compare with it in natural advantages.