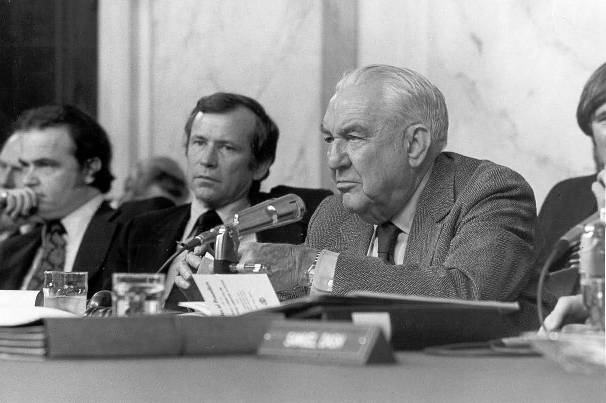 "Samuel James "Sam" Ervin, Jr." was an United States/American politician. A United States Democratic Party/Democrat, he served as a United States Senate/U.S. Senator from North Carolina from 1954 to 1974. A native of Morganton, North Carolina/Morganton, he liked to call himself a "country lawyer", and often told humorous stories in his Southern drawl. During his Senate career, Ervin was a legal defender of the Jim Crow laws and racial segregation, as the South's constitutional expert during the congressional debates on civil rights. Unexpectedly, he became a liberal hero for his support of civil liberties. He is remembered for his work in the investigation committees that brought down Senator Joseph McCarthy in 1954 and especially his investigation in 1972 and 1973 of the Watergate scandal that led to the resignation in 1974 of President Richard Nixon.

If you enjoy these quotes, be sure to check out other famous politicians! More Sam Ervin on Wikipedia.

I'll have you understand I am running this court, and the law hasn't got a damn thing to do with it! 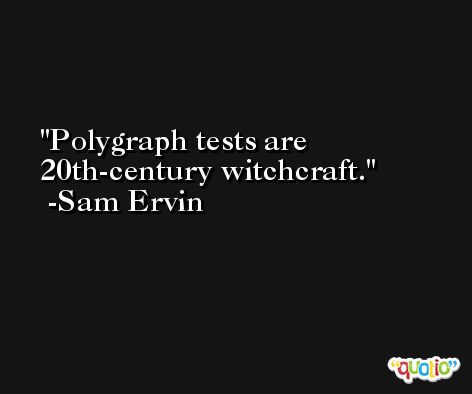 I'm not going to let anybody come down at night like Nicodemus and whisper something in my ear that no one else can hear. That is not executive privilege; it is poppycock.

If the many allegations made to this date are true, then the burglars who broke into the headquarters of the Democratic National Committee at the Watergate were, in effect, breaking into the home of every citizen. 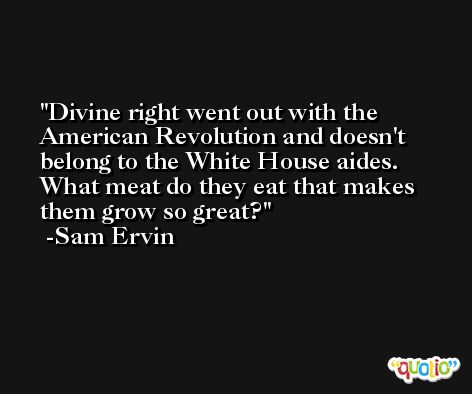 There is nothing in the Constitution that authorizes or makes it the official duty of a president to have anything to do with criminal activities.