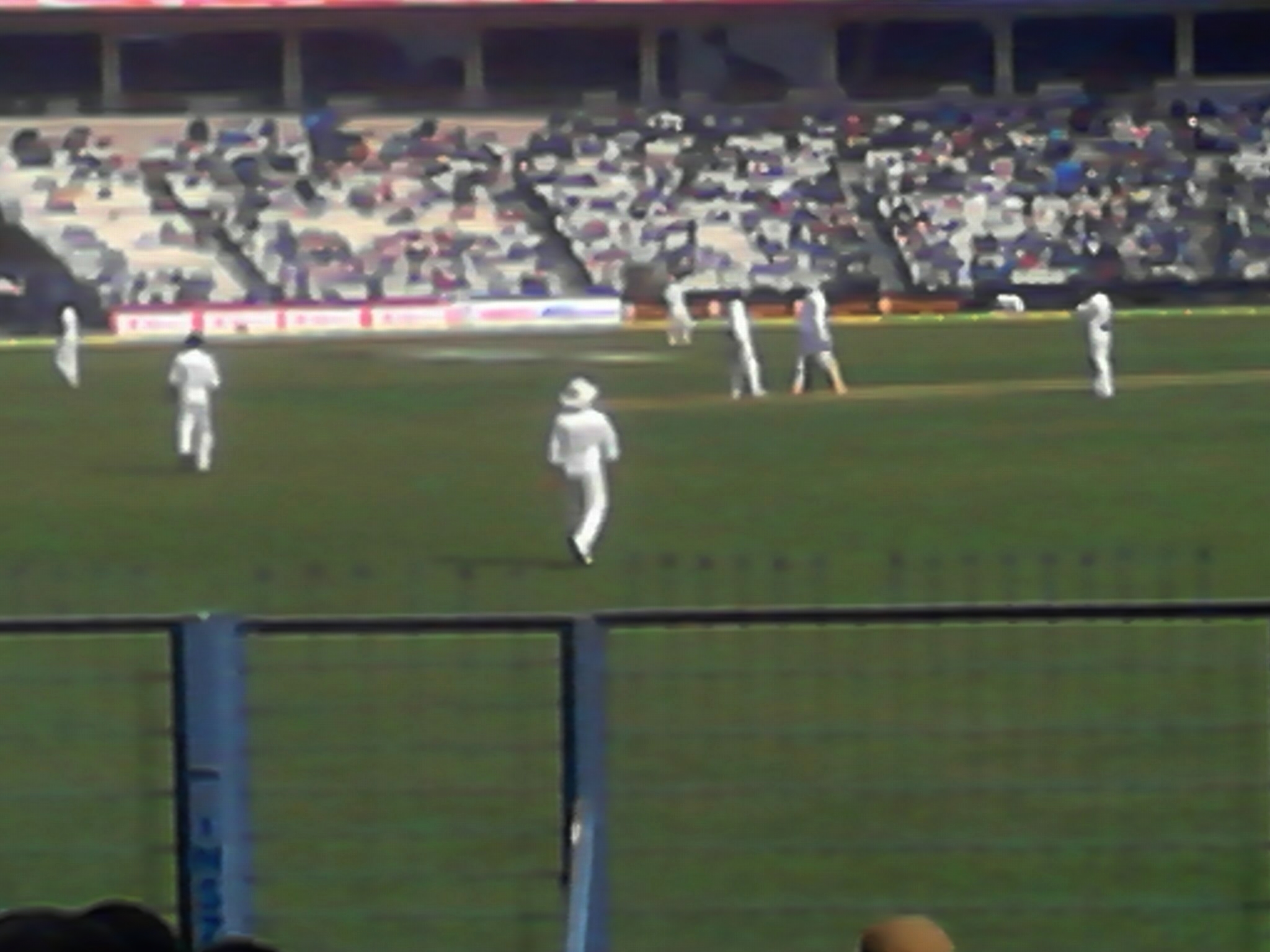 "Sachin Tendulkar" is a former Indian people/Indian cricketer widely acknowledged as the greatest cricketer of all time. He took up cricket at the age of eleven, made his Test cricket/Test debut on 15 November 1989 against Pakistan national cricket team/Pakistan in Karachi at the age of sixteen, and went on to represent Mumbai cricket team/Mumbai domestically and Indian cricket team/India internationally for close to twenty-four years. He is the only player to have List of cricketers by number of international centuries scored/scored one hundred international centuries, the first batsman to score a Century (cricket)/double century in a One Day International, the only player to complete more than 30,000 Run (cricket)/runs in international cricket. and the 16th player and first Indian to aggregate 50,000 runs or more in all forms of domestic and international recognised cricket.

If you enjoy these quotes, be sure to check out other famous athletes! More Sachin Tendulkar on Wikipedia.

I think he set great examples in the way cricket should be played and in tough conditions he would produce some tremendous performances.

I think I have already spoken a lot. Now it is time for me to play. 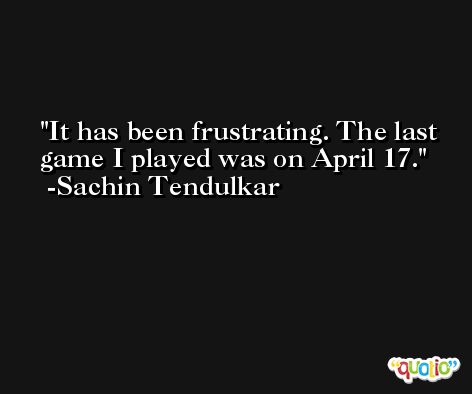 Anyone would want to play like him, he was completely at a different level as far as mental toughness is concerned.

I have no doubt in my mind that Anil is India's greatest bowler ever. 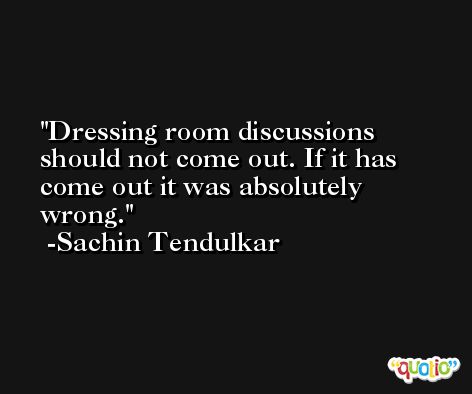 I will know how much impact my elbow is going to take only when I practice more. Frankly it is too early to say when I will be back.

I admire the work he does off the field as well, especially in Calcutta, and I'm sure people back home would be wishing well for him. 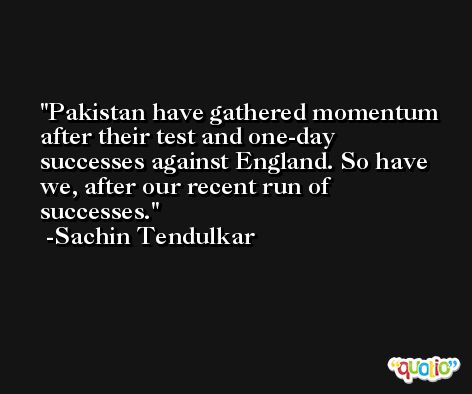