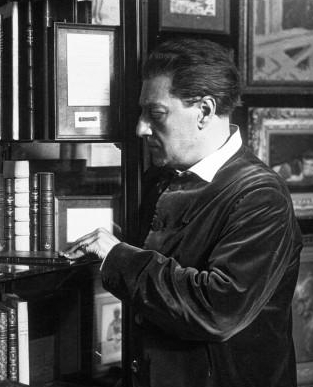 "Alexandre-Pierre Georges" ""Sacha"" "Guitry" was a French stage actor, film actor, director, screenwriter, and playwright of the Boulevard theatre (aesthetic)/Boulevard theatre. He was the son of a leading French actor, Lucien Guitry, and followed his father into the theatrical profession. He became known for his stage performances, often in Flâneur/boulevardier roles, in the many plays he wrote, of which there were more than 120. He was married five times, always to rising actresses whose careers he furthered. Probably his best-known wife was Yvonne Printemps to whom he was married between 1919 and 1932.

Guitry's plays range from historical dramas to contemporary light comedies. Some have musical scores, by composers including André Messager and Reynaldo Hahn. When silent films became popular Guitry avoided them, finding the lack of spoken dialogue fatal to dramatic impact. From the 1930s to the end of his life he enthusiastically embraced the cinema, making as many as five films in a single year.

If you enjoy these quotes, be sure to check out other famous directors! More Sacha Guitry on Wikipedia.

When a man steals your wife, there is no better revenge than to let him keep her.

We admire virtue in a woman as long as it doesn't get in our way. 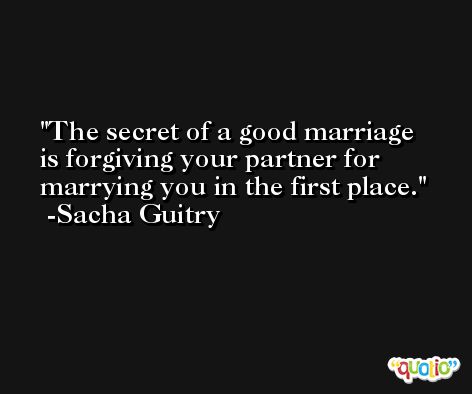 There are women whose infidelities are the only link they still have with their husbands.

Why is it better to love than to be loved? It is surer.

An ideal wife is one who remains faithful to you but tries to be just as charming as if she weren't. 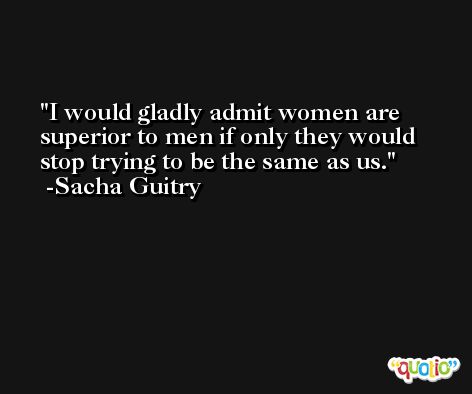 A man must marry only a very pretty woman in case he should ever want some other man to take her off his hands. 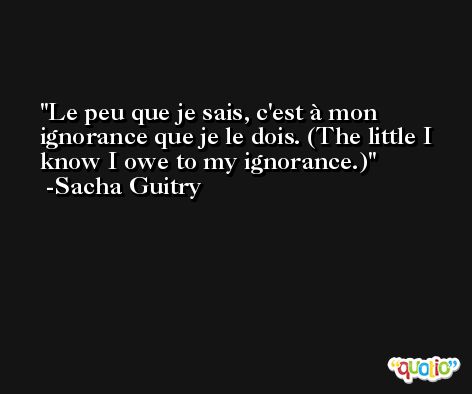