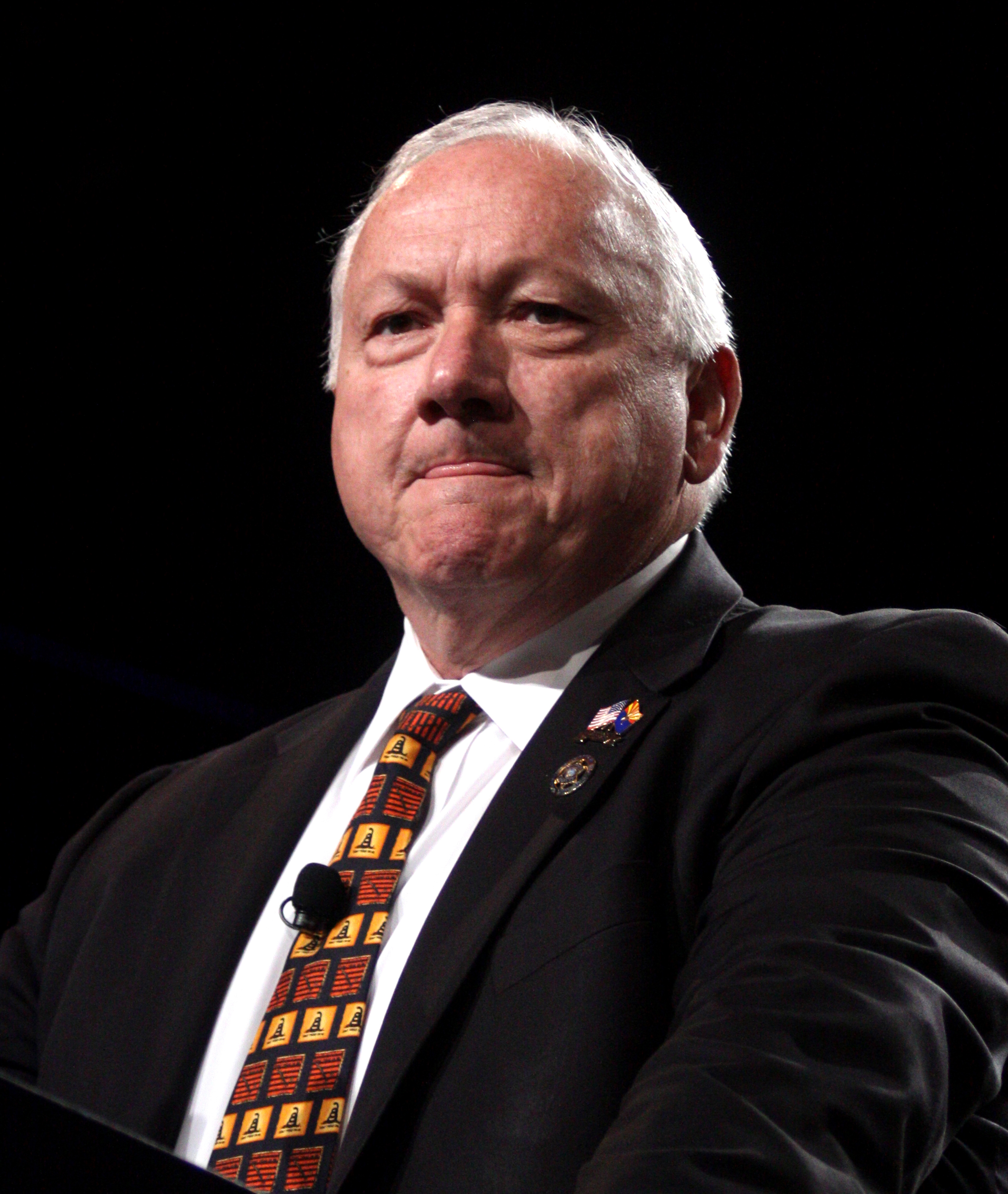 "Russell K. Pearce" is an American politician and Republican Party (United States)/Republican former member of the Arizona State Senate. He rose to national prominence as the primary sponsor of Support Our Law Enforcement and Safe Neighborhoods Act/Arizona SB1070, a controversial anti-illegal alien measure that was signed into law in 2010. He was elected President of the Arizona Senate when the Senate began its current term in January 2011, but then suffered a dramatic reversal of fortune when he was ousted in a November 2011 recall election, the first legislator in Arizona history to be so removed from office. He served as Vice-Chair of the Arizona GOP, but in September 2014, he resigned the position after controversy over his recommendation of forced sterilization of poor women on Medicaid.

Prior to his election to the Arizona Senate in 2008, Pearce served in the Arizona House of Representatives from 2001 to 2009, and worked in law enforcement for more than twenty years.

If you enjoy these quotes, be sure to check out other famous politicians! More Russell Pearce on Wikipedia.

This is Janet-come-lately. I'm glad she's finally waking up to the crisis. I wish it was more than pure politics.

(Illegal immigrants) can't come to America and get free stuff. It's just wrong. You've got to take their benefits away.