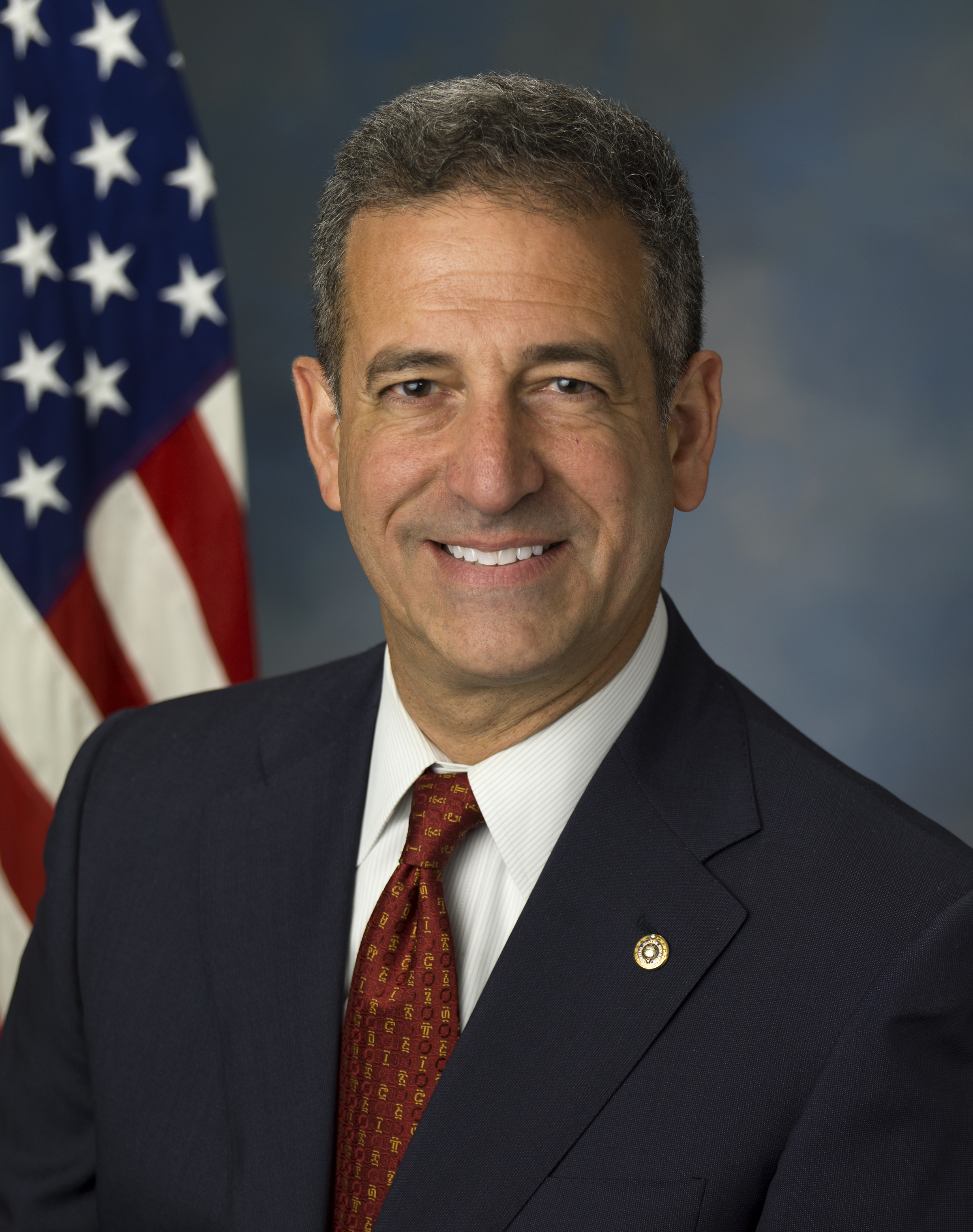 If you enjoy these quotes, be sure to check out other famous politicians! More Russ Feingold on Wikipedia.

I think there is an orderly and dignified way to find out what happened. And, if there was a legal violation there needs to be accountability ... you can't put the cart before the horse, but I would not rule out any form of accountability.

This will allow more time to finally agree on a bill that protects our rights and freedoms while preserving important tools for fighting terrorism. 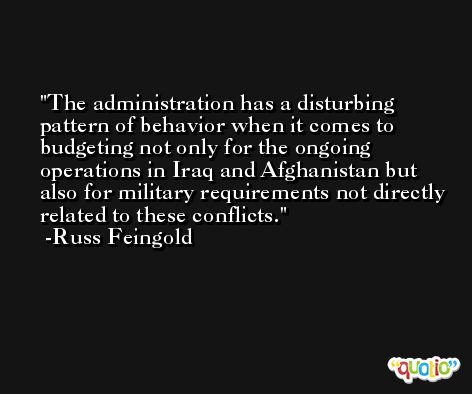 Senator Proxmire leaves behind an unparalleled legacy as a defender of the American taxpayer and one of the hardest working senators in U.S. history.

The leaders of this Congress need to figure out a way to change this (legislation) to address the important civil liberties issues that I and other Senators from both sides of the aisle have discussed over the past three days. 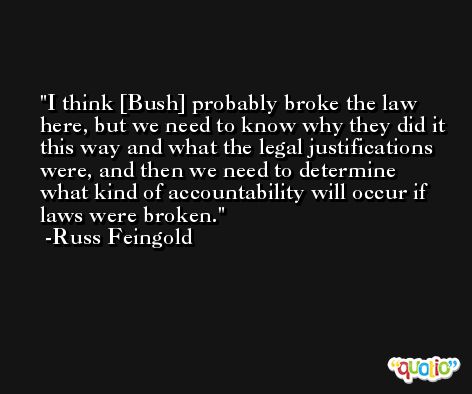 Rather than continuing with a media blitz that tries to repackage a 'stay the course' strategy that isn't working, the president and his administration should give the public a plan, with a timetable, to complete the military mission in Iraq.

I don't want to hear again from the attorney general or anyone on this floor that this government has shown it can be trusted to use the power we give it with restraint and care. 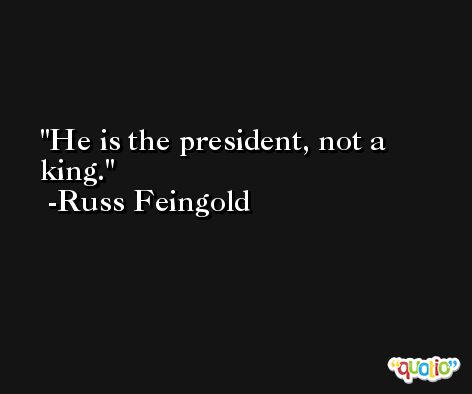