Beginning in 2002, Grint began to work outside of the Harry Potter franchise, playing a co-leading role in Thunderpants. He has had starring roles in Driving Lessons, a dramedy released in 2006, and Cherrybomb (film)/Cherrybomb, a small budgeted drama film of limited release in 2010. Grint co-starred with Bill Nighy and Emily Blunt in Wild Target, a comedy. His first project following the end of the Harry Potter series was the 2012 Anti-war movement/anti-war film, Into the White, in which he has a supporting role. In 2013, Grint's new film CBGB (film)/CBGB was released and he has been cast in CBS's new pilot Super Clyde. Grint made his stage debut in Jez Butterworth's Mojo (play & film)/Mojo in October 2013 at the Harold Pinter Theatre in London.

If you enjoy these quotes, be sure to check out other famous actors! More Rupert Grint on Wikipedia.

After being in Harry Potter, I believe a bit more in magic than I did before.

Being famous is wicked. But it's better to be normal. 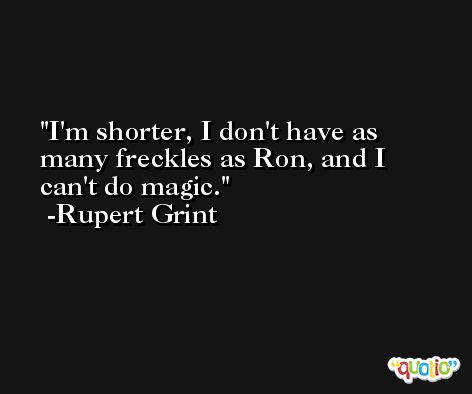 Are you kidding? This is Harry Potter! I love every last moment of it.

Well, before I knew there was going to be a film. I was the biggest Harry Potter fan. I read all the books. 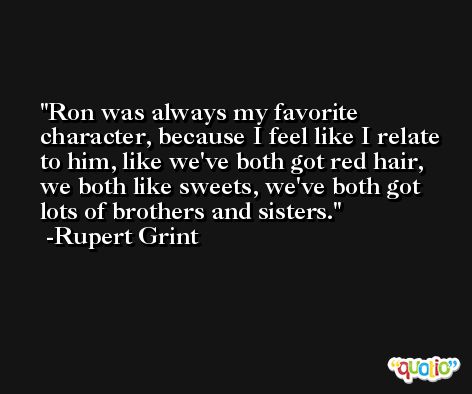 The most challenging scene for me was the spider scene, because I don't like spiders in real life. Even rubber ones I get really scared of.

I've just started school again, and it was a bit strange to start off with; it took me three or four days to get used to it. My friends have been great, they've been treating me normally. 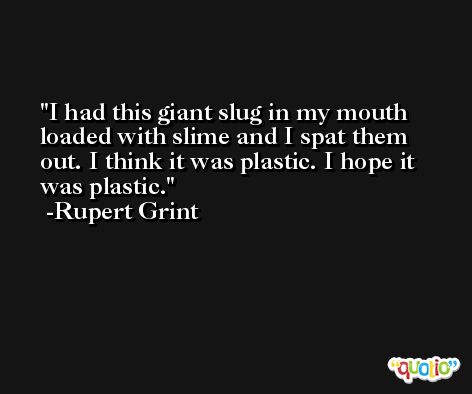