"Rulon E. Gardner" is an United States/American Olympian who competed in the 2000 Olympics/2000 Olympic games, winning the gold medal in Greco-Roman wrestling upon defeating Russian Aleksandr Karelin, who was previously undefeated in 13 years of international competition. It was also the first Olympic gold medal won by an American Greco-Roman wrestler in a full international field.

It's my mom. She wanted her impact, and it's the family history that makes the book so special because a lot of the stories I never knew before we did the book.

I wasn't trying to start an incident, so after a few minutes I tucked [the flag] back into my backpack. 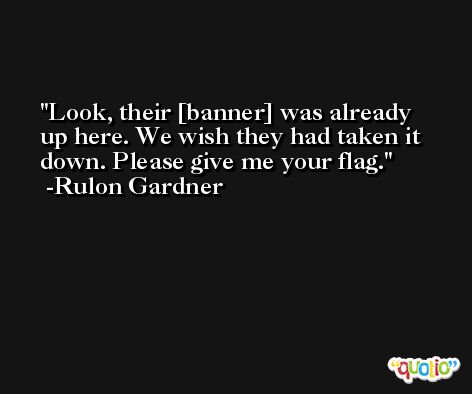 Make sure the people of Laramie stay healthy, or my sister Marcella will come visit you, ... With my sister, physically maybe (she can be overpowered), but mentally, psychologically she will destroy you. I don't mess with my sisters. You think I'm tough, you should mess with my family.

How do you beat an individual who hasn't been beaten in 13 years? With the help of others. 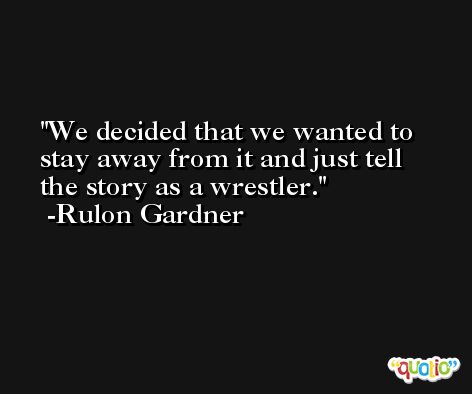 I will not give you my flag.

This way, somebody can have the keepsake or whatever, but then also it helps out wrestling and hopefully bring a little more awareness to the book coming out. 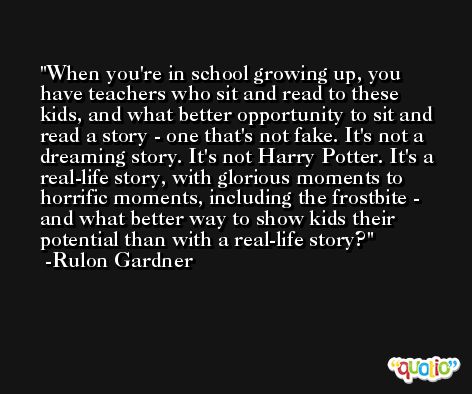