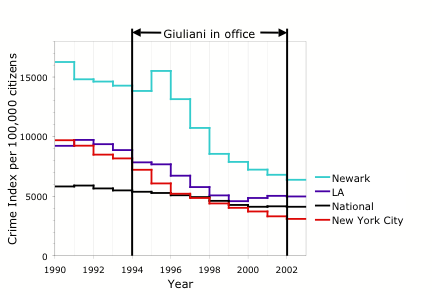 "Rudolph William Louis" ""Rudy"" "Giuliani" is an American lawyer, businessperson, former politician, and public speaker from New York. Politically a Democratic Party (United States)/Democrat and then an Independent (politician)/Independent in the 1970s, but a Republican Party (United States)/Republican since the 1980s, Giuliani was the United States Attorney/federal attorney for New York state's southern region in the 1980s who prosecuted pivotal cases against the Italian Mafia and against corrupt corporate financiers. Giuliani reputedly tamed organized crime—most famously leading the case that sent boss John Gotti as the previously "Teflon Don" to prison for life via testimony brokered in a deal with Sammy the Bull—a renown that launched Giuliani, viewed as tough on crime, into politics.

During his second term as Mayor of New York City, Giuliani hired a new police commissioner, William Bratton, who applied the broken windows theory of urban decay, which holds that disorder and violations lead to fear and felonies ruining cities. Within several years, Giuliani was widely credited for major improvements in the city's quality of life and rates of violent crimes, although later researchers have found the timing largely coincidental.

If you enjoy these quotes, be sure to check out other famous politicians! More Rudy Giuliani on Wikipedia.

What I like to do on New Year's day is go to four or five or six places where people who are working for New York City are working, just to thank them.

I don't want any money coming out of my pocket to pay for this kind of sick demonstration of clear psychological problems, ... This should happen in a psychiatric hospital, not in a (city-funded) museum. 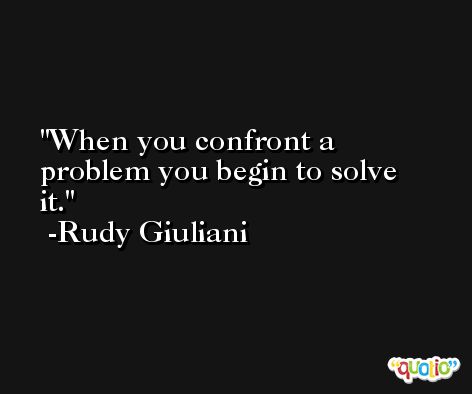 There are indications that at least one of the people involved in this that was arrested was yesterday expressing support for what happened in Israel and was gratified that it had occurred.

This is all about safety. 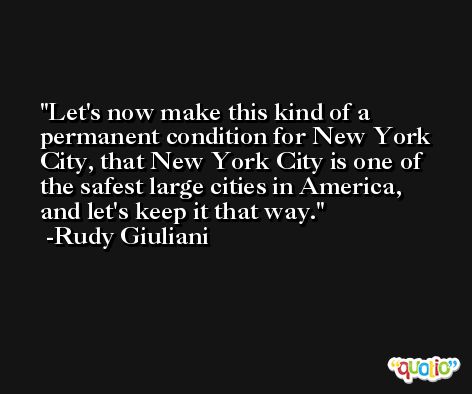 Leaders need to be optimists. Their vision is beyond the present.

I know it's hard to say this, but you've got to keep saying it, that is to relax and deal with it.