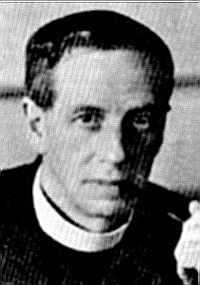 "Ronald Arbuthnott Knox" was an English priest, theologian and author of detective stories. He was also a writer and a regular broadcaster for BBC Radio.

Knox had attended Eton College and won several scholarships at Balliol College, Oxford. He was ordained an Anglican priest in 1912 and was appointed chaplain of Trinity College, Oxford, but he left in 1917 upon his conversion to Catholicism. In 1918 he was ordained a Catholic priest. Knox wrote many books of essays and novels. Directed by his religious superiors, he re-translated the Latin Vulgate Bible into English, using Hebrew and Greek sources, beginning in 1936.

If you enjoy these quotes, be sure to check out other famous theologians! More Ronald Knox on Wikipedia.

The hall-mark of American humor is its pose of illiteracy.

Only man has dignity; only man, therefore, can be funny. 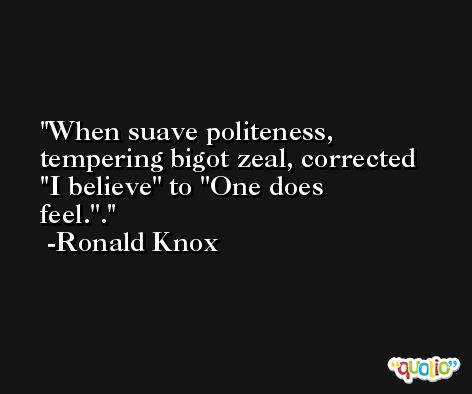 A loud noise at one end and no sense of responsibility at the other.