Allen was born in Reading, Berkshire. He studied at Leighton Park School in Reading and trained at the Royal Academy of Dramatic Art (RADA) in London, where he won the John Gielgud Scholarship. He worked in repertory theatre and had a season at the Old Vic in London. Allen also appeared in several films, including a A Night to Remember (1958 film)/A Night to Remember (1958) about the sinking of the Titanic, the British horror films The Projected Man (1967) and The Fiend (film)/The Fiend (1972), the war film Hell Boats (1970), and the black comedy Eat the Rich (film)/Eat the Rich (1987).

After roles in the BBC soaps Compact (TV series)/Compact (1963–64) and United! (1966–67) came his best remembered role, in the long-running Crossroads (soap opera)/Crossroads (1969–85). Allen played David Hunter, who was a shareholder of the Crossroads Motel with Meg Mortimer, Tish Hope and Bernard Booth. He also twice appeared as a lead actor in the science fiction programme Doctor Who, in the stories The Dominators (1968) and The Ambassadors of Death (1970).

I'd say I play like Kevin Garnett, ... I'm playing in the post because I'm 6-10, not because I'm a post player. Not having a position is my biggest strength and biggest weakness. You can throw me out at any position, but I haven't mastered any position.

The defendants are going to have to show a real problem before the Court of Appeals is going to throw out a verdict on this. 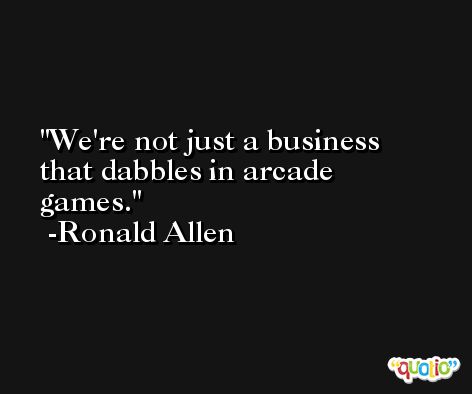 She's just an angel; she dropped from heaven.

So I connected the dots. 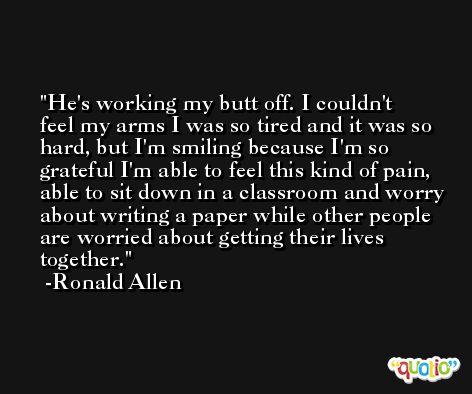 If I have to sit out this year and not play basketball, that's my worst-case scenario, and for a lot of people that's a dream, ... That's how I look at it - I'm still blessed.

I think he'll do real time, and I don't think it will be short. 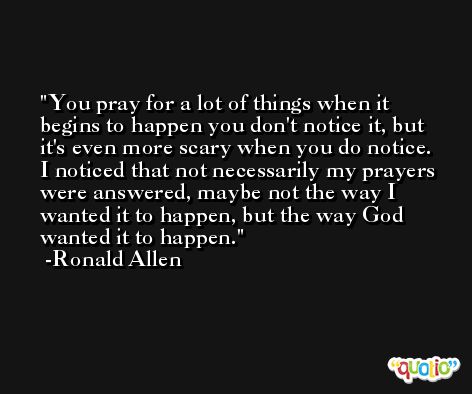