Ryan played junior hockey with the Guelph Biltmores and then enrolled in Colby College. He had 245 points in 73 games with his college hockey team. Ryan earned a graduate degree at the University of Pennsylvania before taking a job as an assistant athletic director at Merrimack College in 1964.

The accounting rules for pensions allow people to do things you wouldn't believe. The rules are the problem.

At some point it did turn out to be about money. I don't know if that was at the time of the wedding. He didn't feel appreciated and issues of money did come up at some point. 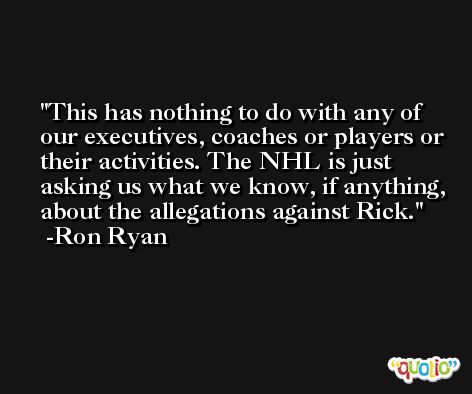 Our NHL security division has a meeting with every team every year, and they go over a lot of these issues like gambling and undesirable places and things like that. I'm not in it. So, I can't tell you exactly what they tell them.

Bob Clarke and our entire hockey office have done an incredible job of putting together a top-notch lineup for the upcoming season. The response has been overwhelming and we can't wait to drop the puck. 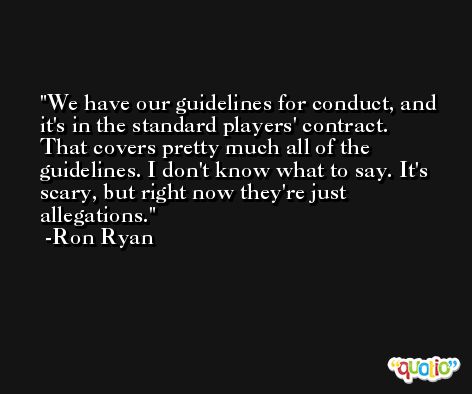 This is the largest financial crisis since the depression.

I think Emery is in excellent shape.