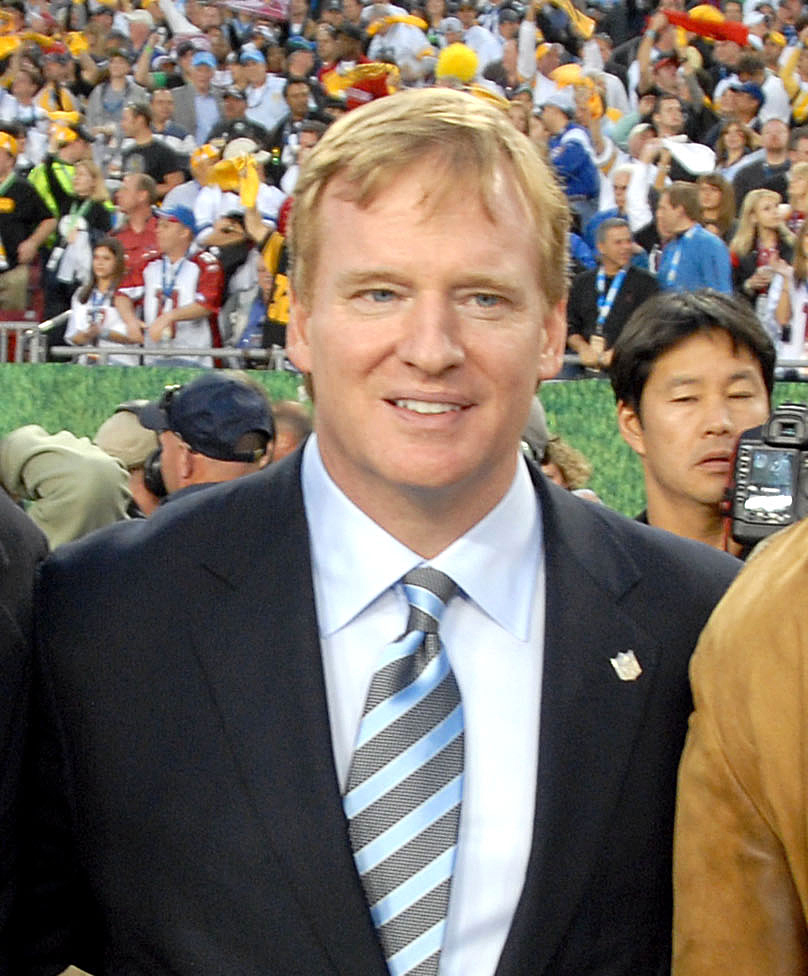 "Roger Stokoe Goodell" is the Commissioner#Sports/Commissioner of the National Football League (NFL), having been chosen to succeed the retiring Paul Tagliabue on August 8, 2006. He was chosen over four finalists for the position, winning a close vote on the fifth ballot before being unanimously approved by acclamation of the owners. He officially began his tenure on September 1, 2006, just prior to the beginning of the 2006 NFL season. Commentators have described him as "the most powerful man in sports".

If you enjoy these quotes, be sure to check out other famous businessmen! More Roger Goodell on Wikipedia.

We want to hold or reserve judgment on that until we've been through this, but we know there's growing interest in playing regular-season games.

The NFL clearly is making an investment in this because we believe it's the right thing to do. 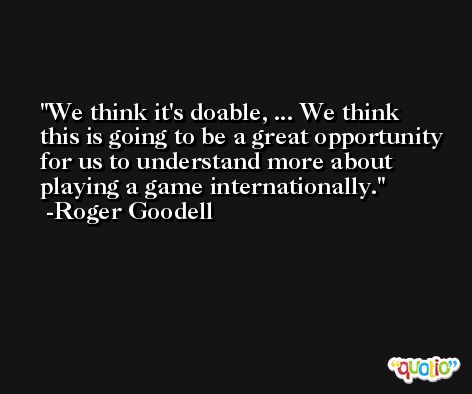 Traditionally, I don't think we've put the focus on it (the Hispanic market). Our popularity is soaring there (Mexico). There is a great deal of interest in American football.

We have such great interest. We have a great fan base in Mexico. It's been growing dramatically over the last several years, and we're responding to that interest. It's going to be a great opportunity to understand more about playing a game internationally.