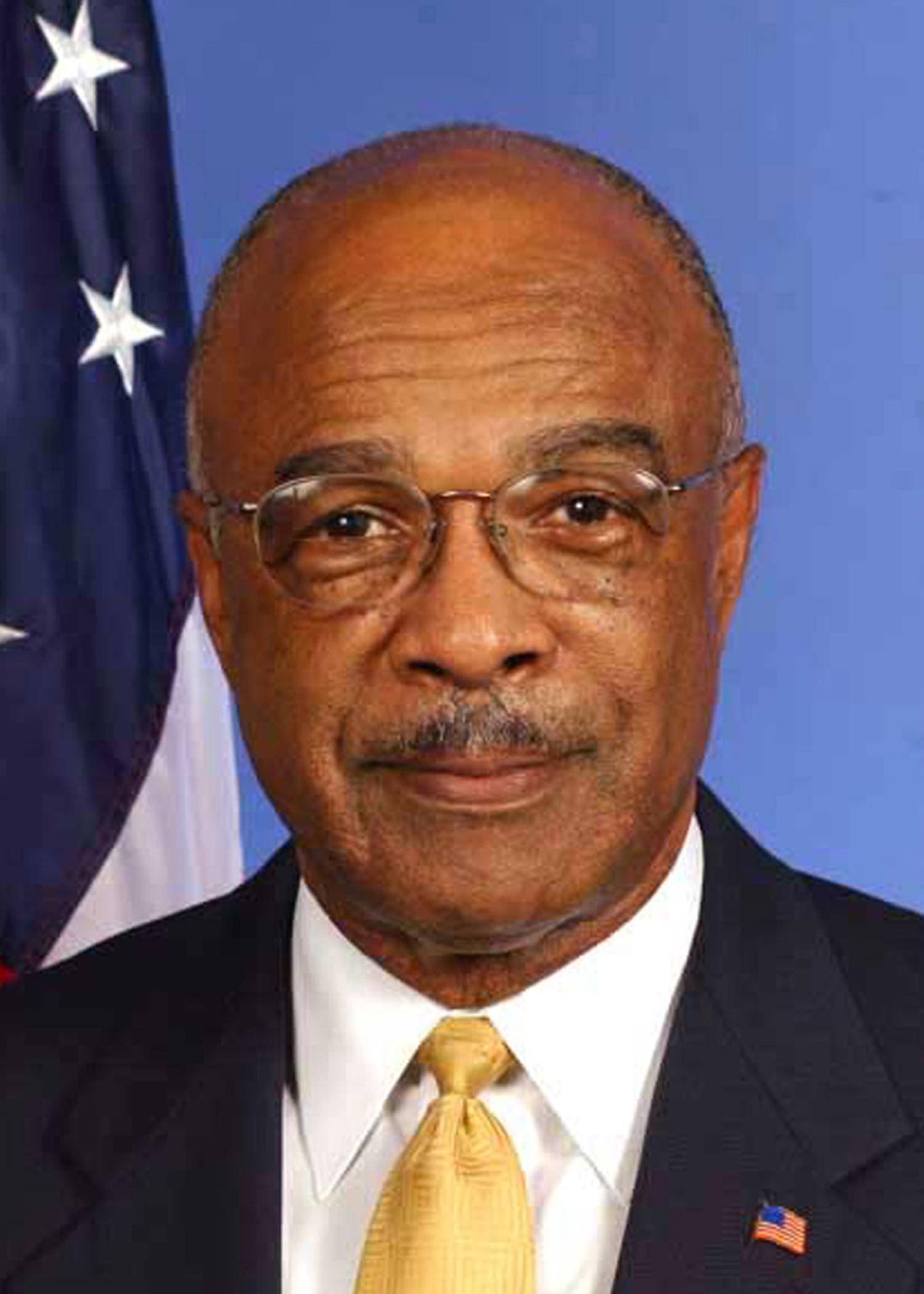 "Roderick Raynor "Rod" Paige" served as the 7th United States Secretary of Education from 2001 to 2005. Paige, who grew up in Mississippi, moved from classroom teacher to college dean (education)/dean and school Superintendent (education)/superintendent to be the List of African American United States Cabinet Secretaries/first African American to serve as the nation's education chief.

Paige was sitting with George W. Bush at the Emma E. Booker Elementary School in Sarasota, Florida, when Bush received the news that a second plane had hit the World Trade Center in the September 11, 2001 attacks.

On November 15, 2004, Paige announced his resignation after overseeing the President's education agenda for four years. White House domestic policy adviser Margaret Spellings was nominated as his successor. The U.S. Senate confirmed her on January 20, 2005 after Bush's inauguration for a second term.

If you enjoy these quotes, be sure to check out other famous politicians! More Rod Paige on Wikipedia.

We are in the middle of an education recession.

I believe in parental choice. 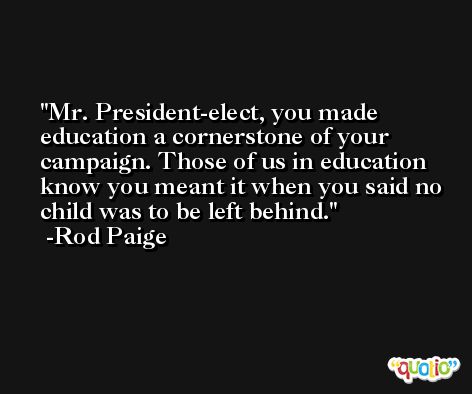 Our opponents voted for No Child Left Behind. 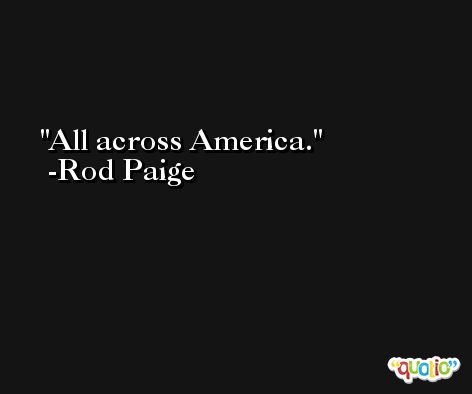 I have been fortunate to devote my entire professional life to education. I meant it from the bottom of my heart when I said no child should be left behind. 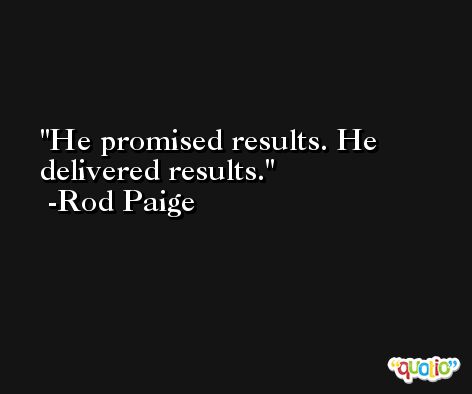