"Robin Cousins" is a United Kingdom/British former competitive Figure skating/figure skater. He is the 1980 Winter Olympics/1980 Olympic champion, the 1980 European Figure Skating Championships/1980 European champion, a three-time (1978, 1979 & 1980) World Figure Skating Championships/World medalist and four-time (1977, 1978, 1979 & 1980) British national champion. He later starred in ice shows and also produced his own. He has also appeared in theatre productions, including in the West End theatre/West End, and has commentated on figure skating events for the BBC. Since 2006 he has been on the panel of judges on ITV's Dancing on Ice and takes the position of head judge.

If you enjoy these quotes, be sure to check out other famous athletes! More Robin Cousins on Wikipedia.

Production was what I always wanted to do, even when I was skating. I'm a bit of a sponge. When I was going around competing I was always asking, 'What does that light do?' If you want to be successful, you have to understand what people are doing around you.

Advise for anybody - enjoy what you are doing, enjoy the process of learning and don't be impatient. 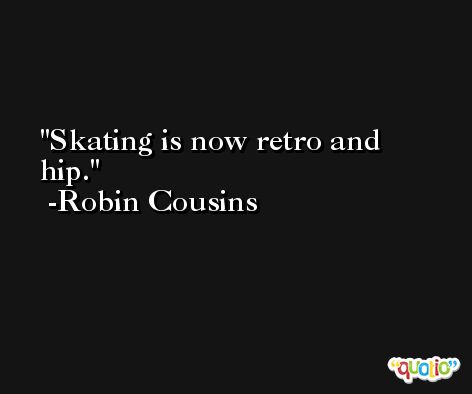 The quality of what he does is streets ahead of what everybody else is doing -- across the board with his footwork, spins and jumps.

Ice dance should not be seen as a rigid conformist form of figure skating. There is a great deal of freedom and originality to be had. 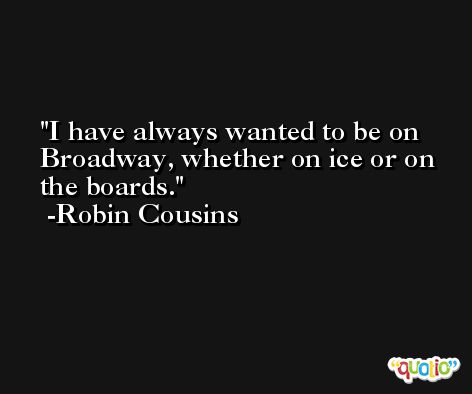 Skating everywhere is unpredictable, no amount of money or facilities is going to create a skating star. You have to have a skater who is dedicated, passionate, and willing to learn.