He studied at the University of Edinburgh before becoming a Member of Parliament for Edinburgh Central (Scottish Parliament constituency)/Edinburgh Central in 1974. In parliament of the united kingdom/parliament he was noted for his debating ability which saw his rise through the political ranks and ultimately to Blair ministry/the Cabinet.

If you enjoy these quotes, be sure to check out other famous politicians! More Robin Cook on Wikipedia.

We are making sure that every possible pressure is brought to bear on President Mugabe, ... There has to be an end to the occupations and a start to elections. 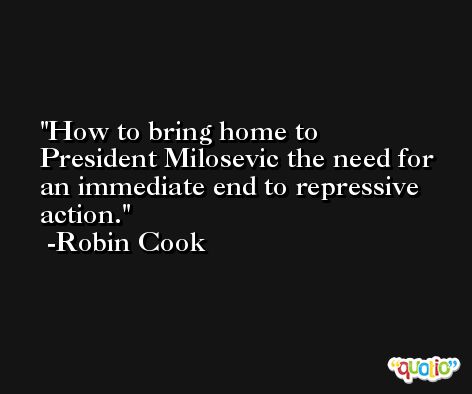 The first week of freedom for Kosovo.

I warmly welcome the news that the meeting in Rome has agreed (to) the terms of a statute to establish the International Criminal Court. 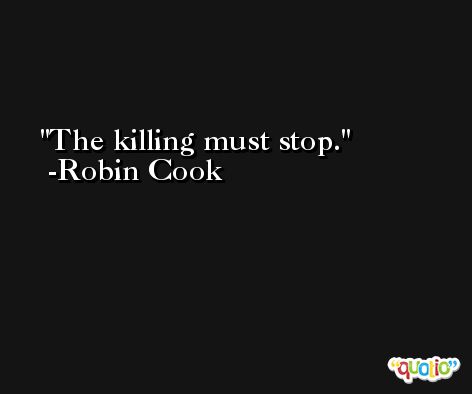 It's very important that we all send Saddam Hussein a message that is resolute, is firm and is united, ... He must be firmly told that he is not going to be permitted to continue to build weapons of mass destruction, particularly biological and chemical weapons.

It makes me very angry and also at the same time very sad that anybody should carry out such a violent attack with no possible gain from it and only suffering to the individual and his family. 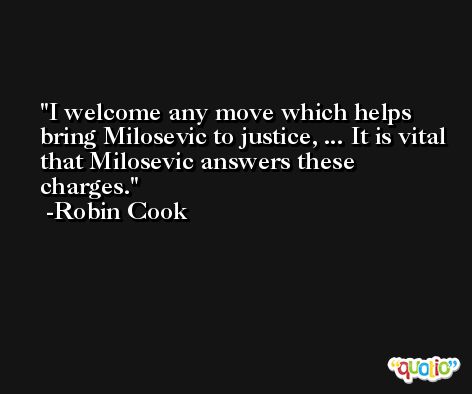