"Robert Muir" may refer to:

So much of what you see in the United States now was built when hurricane activity was low and there was a category 5 storm once every 30 years, not every year or two, ... Your investment decisions need to be revisited.

In the decades to come, the equation will be completely different from what it is now. 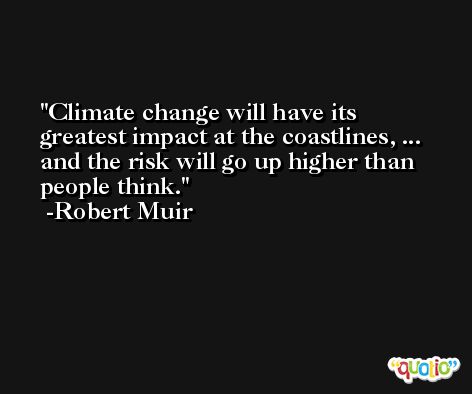