"Robert Foster Maddox" was the 41st Mayor of Atlanta, Georgia.

Son of early Atlanta settler and war hero Robert Flournoy Maddox, he was educated in public school, and then attending the University of Georgia until 1887 when he completed studies at Harvard University/Harvard.

He was Chairman of the board of the Atlanta & Lowry National Bank part of which had been founded by his father. In 1908, he served as a Fulton County, Georgia/Fulton County Commissioner and the next year he was elected Atlanta's mayor.

He had an active term, issuing the city's first large bond ($3 million) which was used for new schools, sewage disposal plants and enlarging the city's Atlanta Water Works/water works.

He also had built an addition to Grady Memorial Hospital and via many trips to Washington, D.C. was able to purchase the old post office for $70,000 to be used as City Halls of Atlanta/city hall.

During his term, the city doubled in scope: adding Oakland City (Atlanta)/Oakland City amongst other neighborhoods.

When he was in his 80s, Vernon E. Jordan Jr. served as his chauffeur.

Maddox Park in Atlanta's Bankhead (Atlanta)/Bankhead neighborhood is named in his honor. The park was dedicated in 1931.

This is the third time we've been within striking distance of a top-10 team. Our kids came in ready to play, and we stood toe-to-toe with (Enterprise). I am really disappointed for the kids.

I think we're a little ahead of the curve - ahead of where I thought we'd be right now. But we're not there yet and we still have a way to go to get to the level of Spain Park. 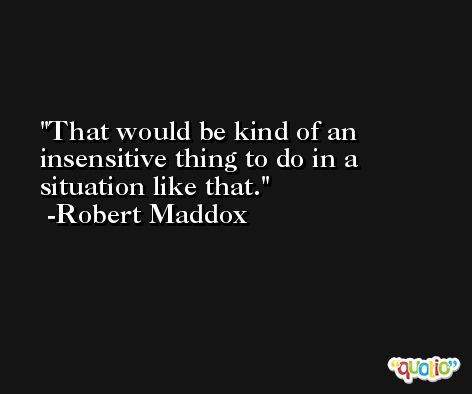 Matt is just a good athlete. We really kicked well. He's not quite to where Chris was, but he'll get there.

This time a year ago, I was embarrassed. I'm not embarrassed tonight. You wish you could pull some plays back, but you can't do it.