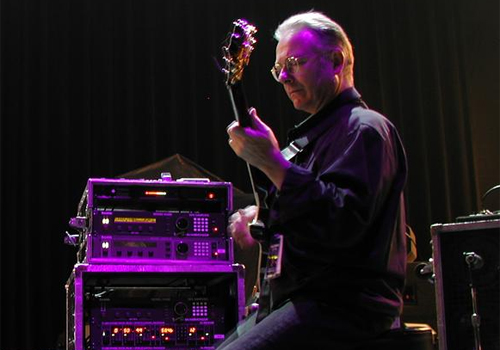 "Robert Fripp" is an English guitarist, composer and record producer.

As a guitarist for the progressive rock band King Crimson, Fripp has been the only member to have played in all of King Crimson's line-ups from the late 1960s to the early 2010s. He has also worked extensively as a studio musician, notably with singer David Bowie on the albums "Heroes" and Scary Monsters, and contributed sounds to the Windows Vista operating system. His complete discography lists more than seven hundred releases over four decades.

He is ranked 62nd on Rolling Stone magazine's 2011 list of the "100 Greatest Guitarists of All Time" after having been ranked by David Fricke 42nd on its 2003 list. Tied with Andrés Segovia, he also is ranked 47th on Gibson.com's "Top 50 guitarists of all time".

His compositions often feature unusual time signatures, which have been influenced by classical and folk traditions. His innovations have included Frippertronics, Soundscapes by Robert Fripp/soundscapes, and New standard tuning.

If you enjoy these quotes, be sure to check out other famous musicians! More Robert Fripp on Wikipedia.

A mistake is always forgivable, rarely excusable and always unacceptable.

There are no mistakes, save one: the failure to learn from a mistake. 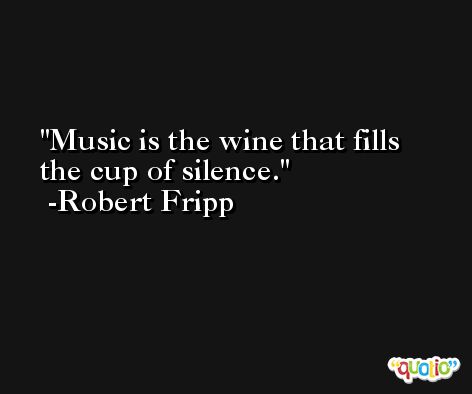