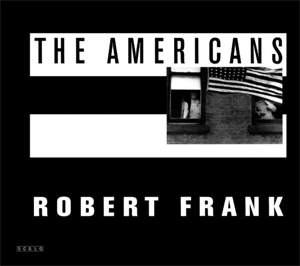 "Robert Frank" is an American Documentary photography/photographer and documentary filmmaker. His most notable work, the 1958 book titled The Americans (photography)/The Americans, earned Frank comparisons to a modern-day Alexis de Tocqueville/de Tocqueville for his fresh and nuanced outsider's view of American society. Critic Sean O'Hagan (journalist)/Sean O'Hagan, writing in The Guardian in 2014, said The Americans "changed the nature of photography, what it could say and how it could say it. [ . . . ] it remains perhaps the most influential photography book of the 20th century." Frank later expanded into film and video and experimented with manipulating photographs and photomontage.

If you enjoy these quotes, be sure to check out other famous photographers! More Robert Frank on Wikipedia.

My photographs are not planned or composed in advance, and I do not anticipate that the onlooker will share my viewpoint. However, I feel that if my photograph leaves an image on his mind, something has been accomplished.

I have been frequently accused of deliberately twisting subject matter to my point of view. Above all, I know that life for a photographer cannot be a matter of indifference. Opinion often consists of a kind of criticism. But criticism can come out of love. 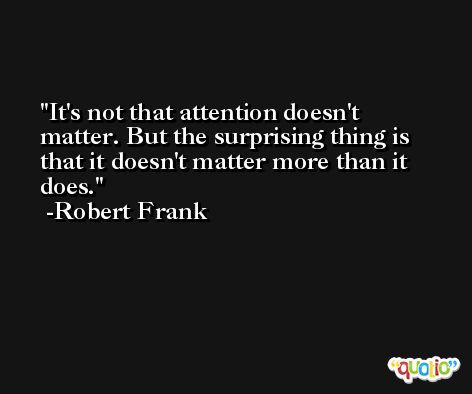 It sounds like he's gone nuclear. That puts pressure on all other programs to keep up — and they'll try. 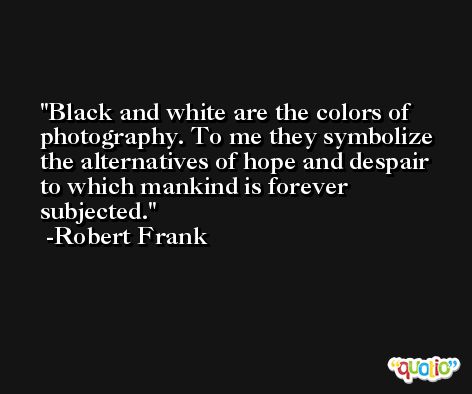 We're looking at a big picture. We need to know what's going on out there - to be able to tell people what's working and not working, and what needs to be under review.

It is always the instantaneous reaction to oneself that produces a photograph.