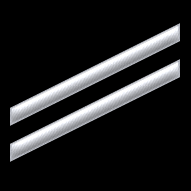 "Robert Francis "Bobby" Kennedy", commonly known by his initials "RFK", was an American politician from Massachusetts. He served as a Senator for New York from 1965 until his Assassination of Robert F. Kennedy/assassination in 1968. He was previously the 64th U.S. Attorney General from 1961 to 1964, serving under his older brother, President John F. Kennedy and his successor, President Lyndon B. Johnson. An icon of modern American liberalism and member of the Democratic Party (United States)/Democratic Party, Kennedy was a leading candidate for the Democratic Party presidential primaries, 1968/Democratic presidential nomination in the United States presidential election, 1968/1968 election.

If you enjoy these quotes, be sure to check out other famous politicians! More Robert F. Kennedy on Wikipedia.

This is not about character assassination, ... This is about questioning the ideology of a person who has continuously throughout her career made, really, a life's work of eroding and destroying the mission of the department she is now being named to lead.

The greatest truth must be recognition that in every man, in every child is the potential for greatness. 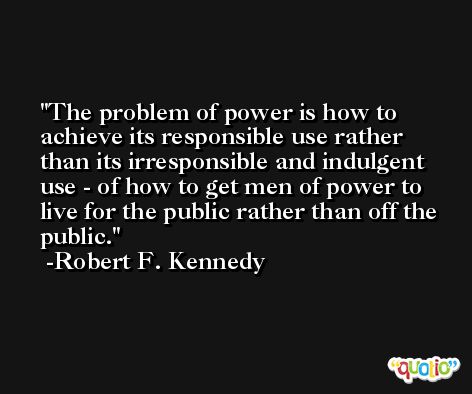 I think that the Communist Party as a political organization is of no danger to the United States. It has no following and has been disregarded by the American people for many, many years. 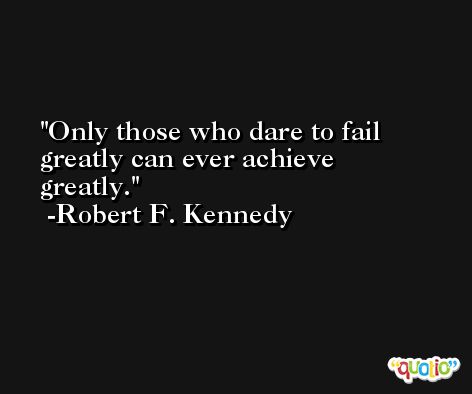 People say I am ruthless. I am not ruthless. And if I find the man who is calling me ruthless, I shall destroy him.

Let us dedicate ourselves to what the Greeks wrote so many years ago: to tame the savageness of man and make gentle the life of this world. 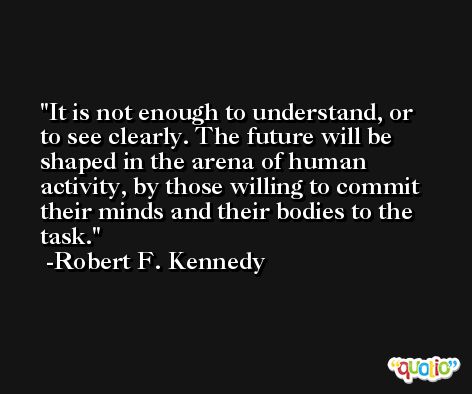 I thought they'd get one of us, but Jack, after all he's been through, never worried about it I thought it would be me.

Each time someone stands up for an ideal, or acts to improve the lot of others, or strikes out against injustice, he sends forth a tiny ripple of hope. 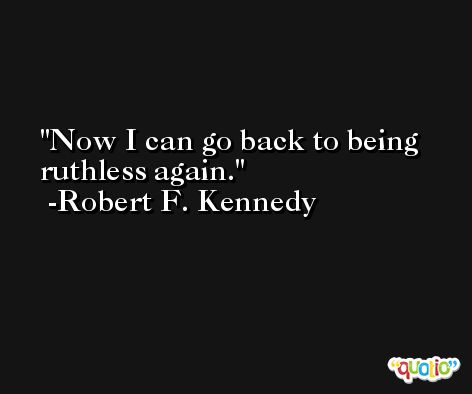 But suppose God is black? What if we go to Heaven and we, all our lives, have treated the Negro as an inferior, and God is there, and we look up and He is not white? What then is our response?

Few men are willing to brave the disapproval of their fellows, the censure of their colleagues, the wrath of their society. Moral courage is a rarer commodity than bravery in battle or great intelligence. Yet it is the one essential, vital quality for those who seek to change a world which yields most painfully to change.