"Robert Epstein" Ph.D. is an United States/American psychologist, professor, author, and journalist. He earned his Ph.D. in psychology at Harvard University in 1981, was editor in chief of Psychology Today, a visiting scholar at the University of California, San Diego, and the founder and director emeritus of the Cambridge Center

for Behavioral Studies in Concord, MA.

Epstein has been a commentator for National Public Radio's Marketplace, the Voice of America, and Disney Online. His popular writings have appeared in Reader's Digest, The Washington Post, The Sunday Times (London), Good Housekeeping, Parenting (magazine)/Parenting, and other magazines and newspapers. An autobiographical essay documenting his long involvement with the media was published in 2006 in the academic journal Perspectives on Psychological Science.

When new products come out, they generally expand the marketplace.

It's a new age, ... 'Creativity' is the word in balancing your personal and work life. 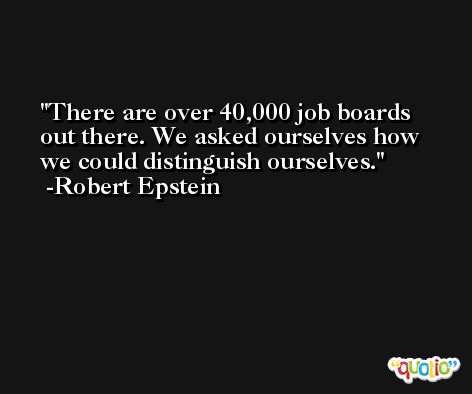 Although the elderly are still the most frequent users of sleeping aids, the evidence found in this study shows that younger adults and children are starting to use these medications with even greater frequency.

The beauty of the Internet. 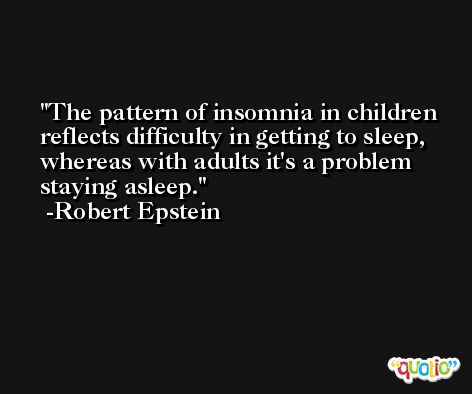 We're interested. I'd love to tell you we got the deal.

Surveys show that the real savvy job-seekers keep their resumés online -- but without their names and other (identifying) information about them.