"Robert Bresson" was a French film director known for his spiritual and ascetic style. He contributed notably to the art of film and influenced the French New Wave. He is often referred to as the most highly regarded French filmmaker after Jean Renoir. Bresson's influence on French cinema was once described by Jean-Luc Godard, who wrote "Robert Bresson is French cinema, as Dostoevsky is the Russian novel and Mozart is German music."

If you enjoy these quotes, be sure to check out other famous directors! More Robert Bresson on Wikipedia.

Make visible what, without you, might perhaps never have been seen.

An old thing becomes new if you detach it from what usually surrounds it. 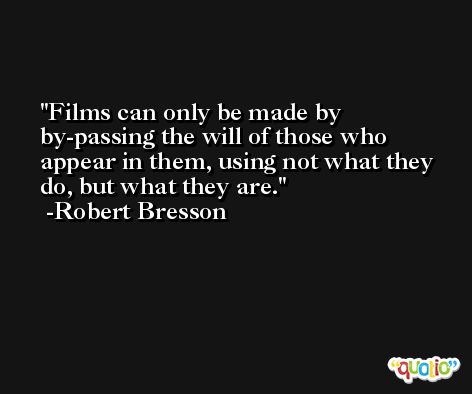 My movie is born first in my head, dies on paper; is resuscitated by the living persons and real objects I use, which are killed on film but, placed in a certain order and projected on to a screen, come to life again like flowers in water.

In the NUDE, all that is not beautiful is obscene. 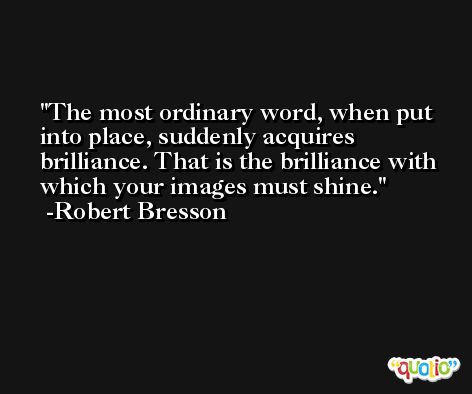 Model. Two mobile eyes in a mobile head, itself on a mobile body.

The true is inimitable, the false untransformable. 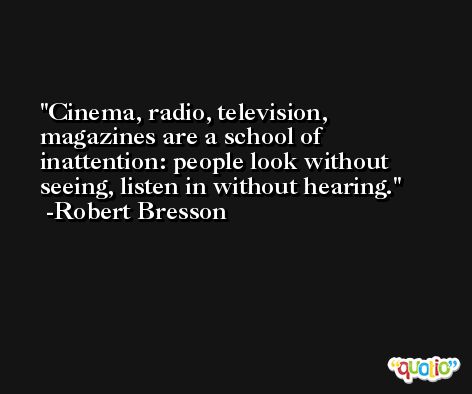