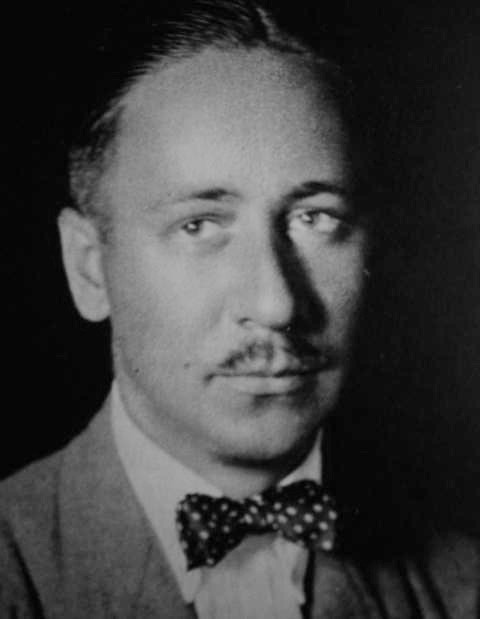 "Robert Charles Benchley" was an American humorist best known for his work as a newspaper columnist and film actor. From his beginnings at the Harvard Lampoon while attending Harvard University, through his many years writing essays and articles for Vanity Fair (magazine)/Vanity Fair and The New Yorker, and his acclaimed short films, Benchley's style of humor brought him respect and success during his life, from New York City and his peers at the Algonquin Round Table to contemporaries in the burgeoning film industry.

Benchley is best remembered for his contributions to The New Yorker, where his essays, whether topical or absurdist, influenced many modern humorists. He also made a name for himself in Hollywood, when his short film How to Sleep was a popular success and won Best Short Subject at the 8th Academy Awards/1935 Academy Awards, and through his many memorable appearances in films such as Alfred Hitchcock's Foreign Correspondent (film)/Foreign Correspondent and (in a dramatic turn) Nice Girl? His legacy includes written work and numerous short film appearances.

If you enjoy these quotes, be sure to check out other famous comedians! More Robert Benchley on Wikipedia.

A dog teaches a boy fidelity, perseverance, and to turn around three times before lying down.

Drinking makes such fools of people, and people are such fools to begin with, that it's compounding a felony. 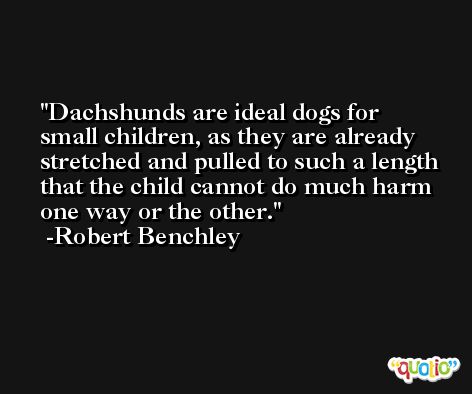 Anyone can do any amount of work provided it isn't the work he is supposed to be doing at the moment.

It took me fifteen years to discover that I had no talent for writing, but I couldn't give it up because by that time I was too famous.

In America there are two classes of travel - first class, and with children.

The pencil sharpener is about as far as I have ever got in operating a complicated piece of machinery with any success. 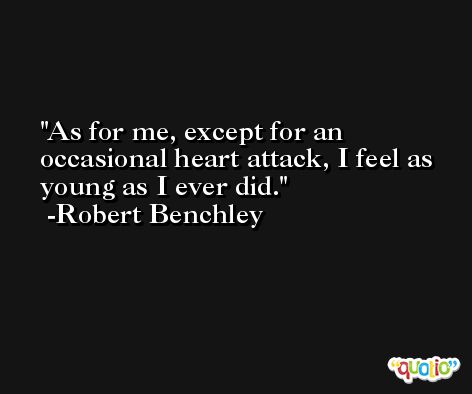 An ardent supporter of the hometown team should go to a game prepared to take offense, no matter what happens.

Defining and analyzing humor is a pastime of humorless people.

The most common of all antagonisms arises from a man's taking a seat beside you on the train, a seat to which he is completely entitled. 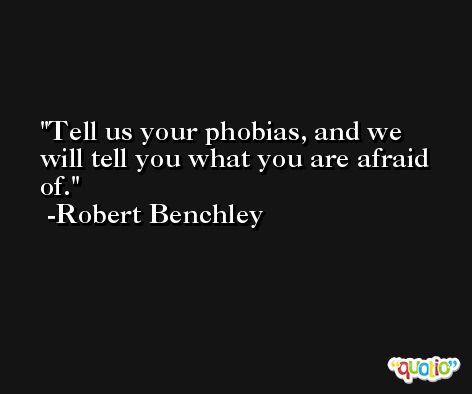 The surest way to make a monkey of a man is to quote him.

A boy can learn a lot from a dog: obedience, loyalty, and the importance of turning around three times before lying down. 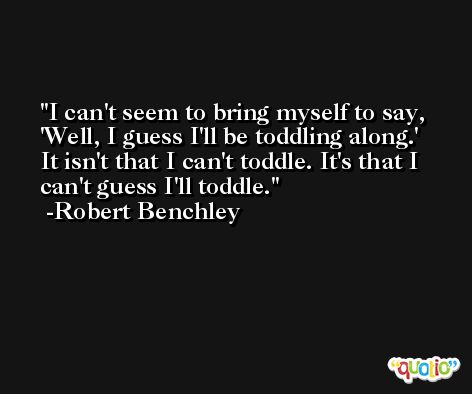