"Rob Thompson" is an American television director, producer and screenwriter.

As a director, some his credits include L.A. Law, The Wonder Years, Doogie Howser, M.D., Dream On/Dream On, Ed (TV series)/Ed, The Chris Isaak Show, Monk (TV series)/Monk and Northern Exposure. He won a Primetime Emmy Award for his work in the latter series as a part of the producing and writing team in 1992.

We just wanted to do it our own way, put our own stamp on it.

I am pleased with my guys' effort today. We had our chances, and we did a good job of keeping their forwards from doing any damage. 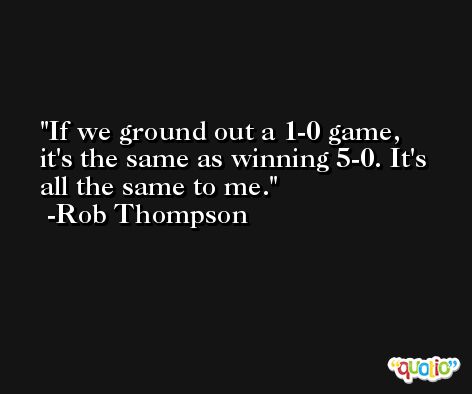 You know when you go to a wedding and you're dreading who you have to sit with? I always felt like I constantly got stuck at the table with all the singles. And you're just sitting there, trying to make small talk over this enormous (table) centerpiece.

Two guys form Merced, ... it would have been awesome, but just too bad it didn't happen. 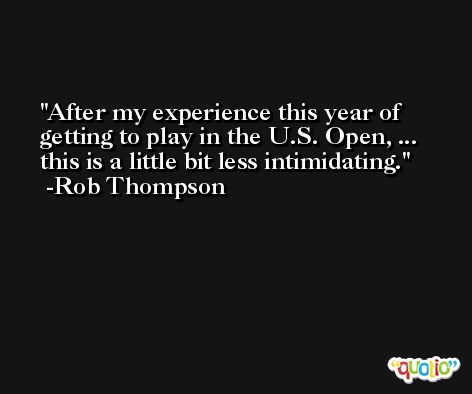 It was rough, ... I shot 80, 82, but had a lot of great experiences. I would say it was like a baseball player that was playing A-league ball and all of a sudden got called up to the big leagues without playing Double-A and Triple-A ball.

It turns the whole thing on its ear a little bit, ... It's fun, it's goofy. There's definitely a total irreverence to our approach. ... And then there's the pragmatic side of us that said, 'Why in God's name would we spend all this money ... to fill a church for an hour?' 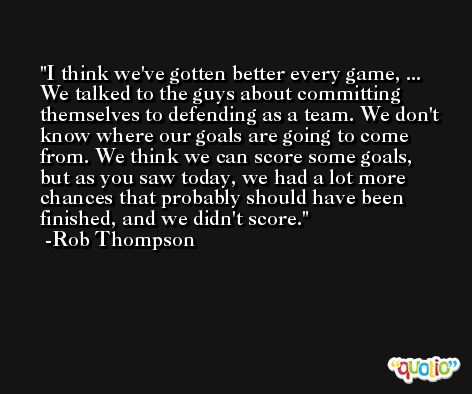