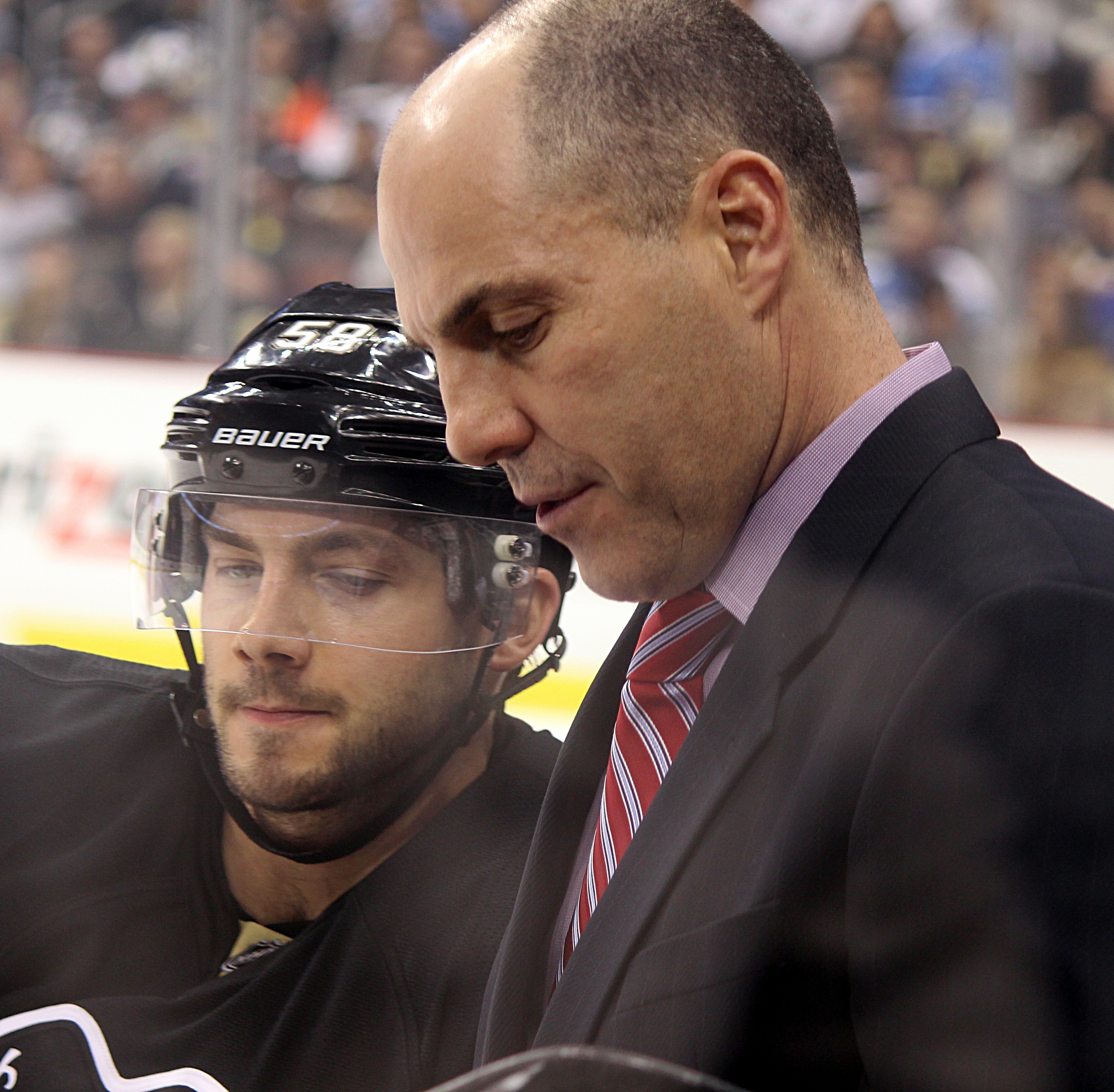 "Richard Tocchet" is a retired Canadian professional ice hockey Winger (ice hockey)/right winger who played 18 seasons in the National Hockey League (NHL) for the Philadelphia Flyers, Pittsburgh Penguins, Los Angeles Kings, Boston Bruins, Washington Capitals and Arizona Coyotes/Phoenix Coyotes. He is currently an assistant coach to Mike Johnston of the Pittsburgh Penguins. He was the head coach of the Tampa Bay Lightning for two seasons. During the 2010 playoffs he served as an analyst on Flyers Postgame Live on Comcast SportsNet.

He's had a hell of a year, and now he's having a little tough stretch. We're in a good situation because (Boucher) has come in here and played some pretty solid hockey . . . It's a good situation with those two guys. Hopefully, they feed off each other. 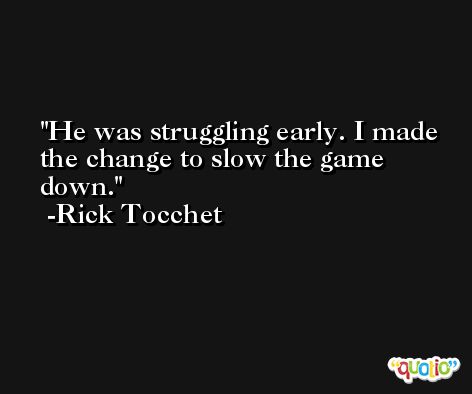 I would take a 3-0 lead every night. We didn't quit. Some guys think it's easy. It's hard to win. It's uncomfortable to win. I thought we were into it early and let Colorado off the hook. That's where your leadership takes over and you don't let it happen. In the end somebody has to go to the net. Somebody has to block a shot.

We got embarrassed. We know it. We got our (expletive) kicked. (Today's) a different game. Hopefully, in the first period we'll have enough guys pulling the rope the same way. 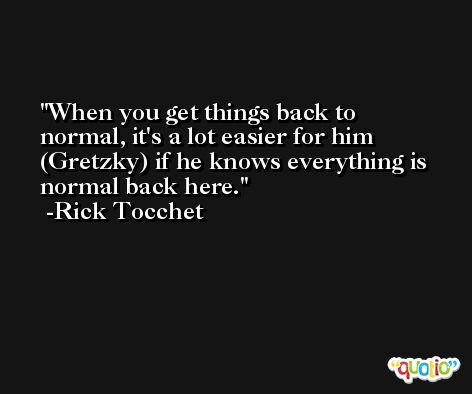 He's just a fun guy who loves the game. Any time you're in a lull, adding a guy like that to the lineup elevates people.

You know, he's afraid to answer the phone sometimes. It's like, 'What's next? The best thing for him is being back in the rink. He's comfortable again. 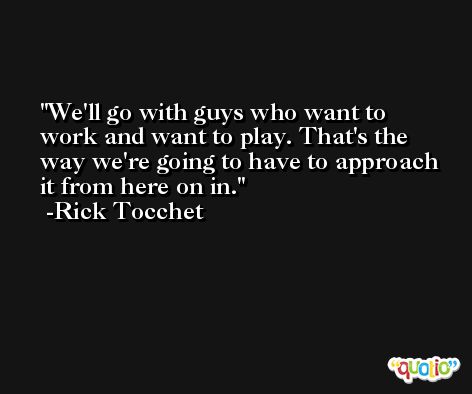