"Richard N. Kaplan" is an American network television producer. He has worked for CBS, American Broadcasting Company/ABC, CNN and MSNBC. He has served as executive producer for some of the biggest names in television news journalism, including Walter Cronkite, Peter Jennings, Ted Koppel, Diane Sawyer, Katie Couric, and Christiane Amanpour.

Kaplan started his broadcast journalism career at CBS's WBBM-TV in Chicago. He worked for CBS until 1979, when he moved to ABC. Kaplan stayed at ABC until 1997, when he served as President of CNN/U.S. until 2000. He became Senior Vice-President of ABC News in 2003 and was named President of MSNBC in February 2004. In June 2006 Kaplan resigned as president of MSNBC. In 2007, he replaced Rome Hartman as the executive producer of the CBS Evening News with Katie Couric. In 2011, he was named executive producer of This Week with Christiane Amanpour., and was put in charge of ABC News political coverage and 2012 election coverage and specials. In August 2012, Kaplan founded Kaplan Media Partners. He has received 46 Emmy Awards.

If you enjoy these quotes, be sure to check out other famous businessmen! More Rick Kaplan on Wikipedia.

On his shows, he's in charge, and the world revolves around Maury, ... When Connie's there, the world does a figure-8 around both of them. It's great. He loves it. He can't control the orbit. 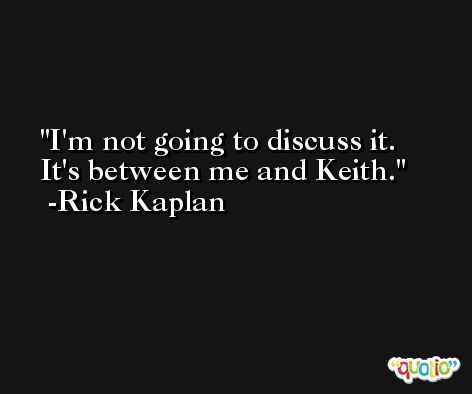 We want to have some fun and do a cool half-hour. This could be the kiss of death, but for me they have almost a Tracy and Hepburn relationship. They are edgy with each other. Funny. They agree to disagree.

I intend to fire everybody. 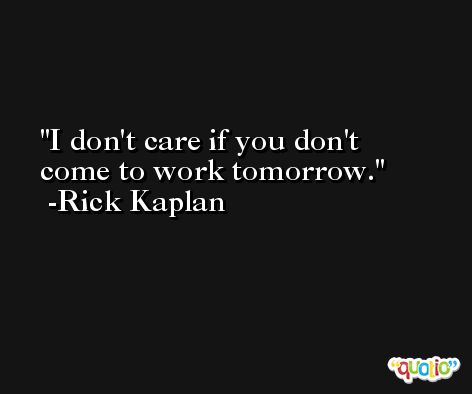 It's what two people would do over breakfast in the morning.

She's an incredibly funny person, no matter what we're discussing. 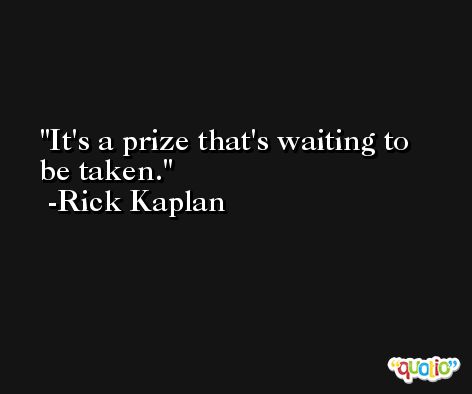