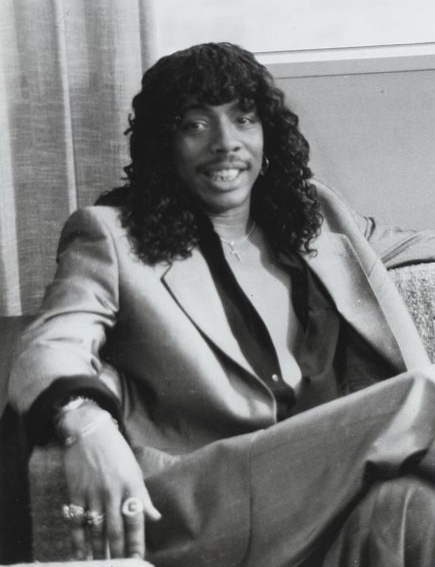 "Rick James" was an American musician and composer.

Influenced by singers such as Marvin Gaye and Smokey Robinson, James started singing in doo-wop and R&B groups as a teenager in his hometown of Buffalo, New York. After entering the U.S. Navy to avoid conscription/getting drafted, he desertion/deserted to Toronto, where he formed the fusion band Mynah Birds/The Mynah Birds, whose lineup once included Bruce Palmer, Neil Young, and Nick St. Nicholas. James' tenure with the group was interrupted after he was discovered recording with the group in Motown in 1966. Surrendering to military authorities, he served a one-year prison term. Upon release, James moved to California to resume his duties with the Mynah Birds though the group eventually split. James began a series of rock bands in California and worked with Motown under the assumed name "Ricky Matthews" as a songwriter.

If you enjoy these quotes, be sure to check out other famous musicians! More Rick James on Wikipedia.

Because he's black, he's rich and he's famous, and they've got nothing else better to do.

Give It to Me Baby. 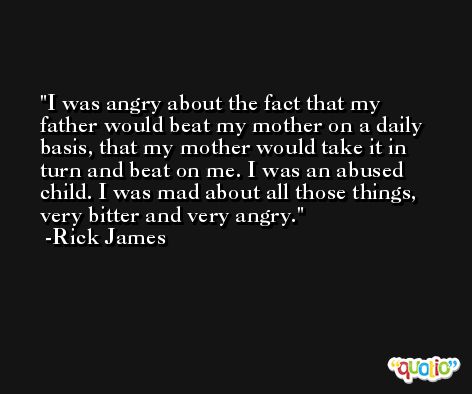 You don't really know your own worth because you don't know what may happen tomorrow.

If anything I consider myself non-violent, I'm from the hippy era, peace, love, groovy. 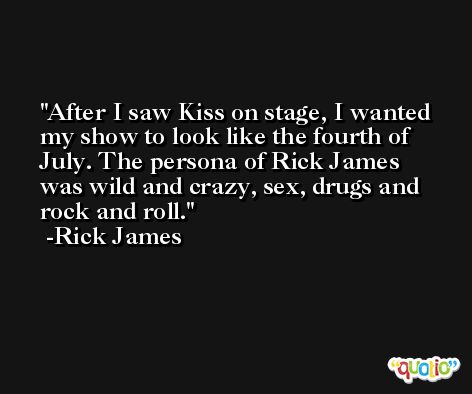 I'm very bitter about how I've been treated, there are some things I want to bring into the light, I'm glad I came here. This is the longest time I've been straight and sober. But if I wanted to get high tomorrow - my drug of choice-I could do it in this penitentiary. It comes with the territory. But I fight the feeling.

The Grand Princess is going to have the first wedding chapel at sea where the captain can actually marry you and you can have your reception on board. The choices on board these ships are second-to-none, and I would challenge any resort vacation to deliver the type of vacations that these new grand-class ships are going to deliver.