If you enjoy these quotes, be sure to check out other famous politicians! More Rick Boucher on Wikipedia.

I would like to have the help of people in this room in this effort.

I defend peoples' right to do that in a lawful manner, but I have not undertaken that practice myself. 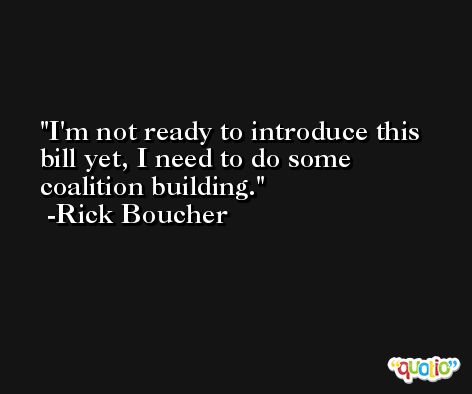 The first legislation that I produced relating to the Internet was a bill to overturn a restriction inside of the law that prohibited the Internet backbone from being used for anything other than research and scientific and educational communication.

It has certainly occurred at the expense of the fair-use rights, which underpins our right to speak freely in society. That growing body of scholarship includes a number of prominent law professors and writers on the West Coast. 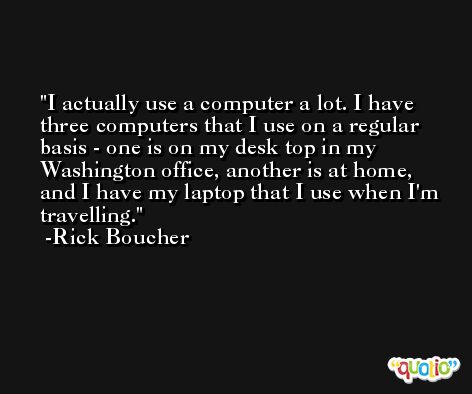 The president and the Congress will be diverted from the urgent national business, while prolonged proceedings take place in the Senate.

Such a large portion of our population is eligible for the program because of income levels throughout the district. 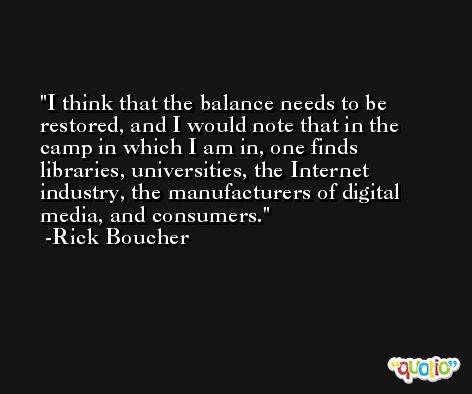