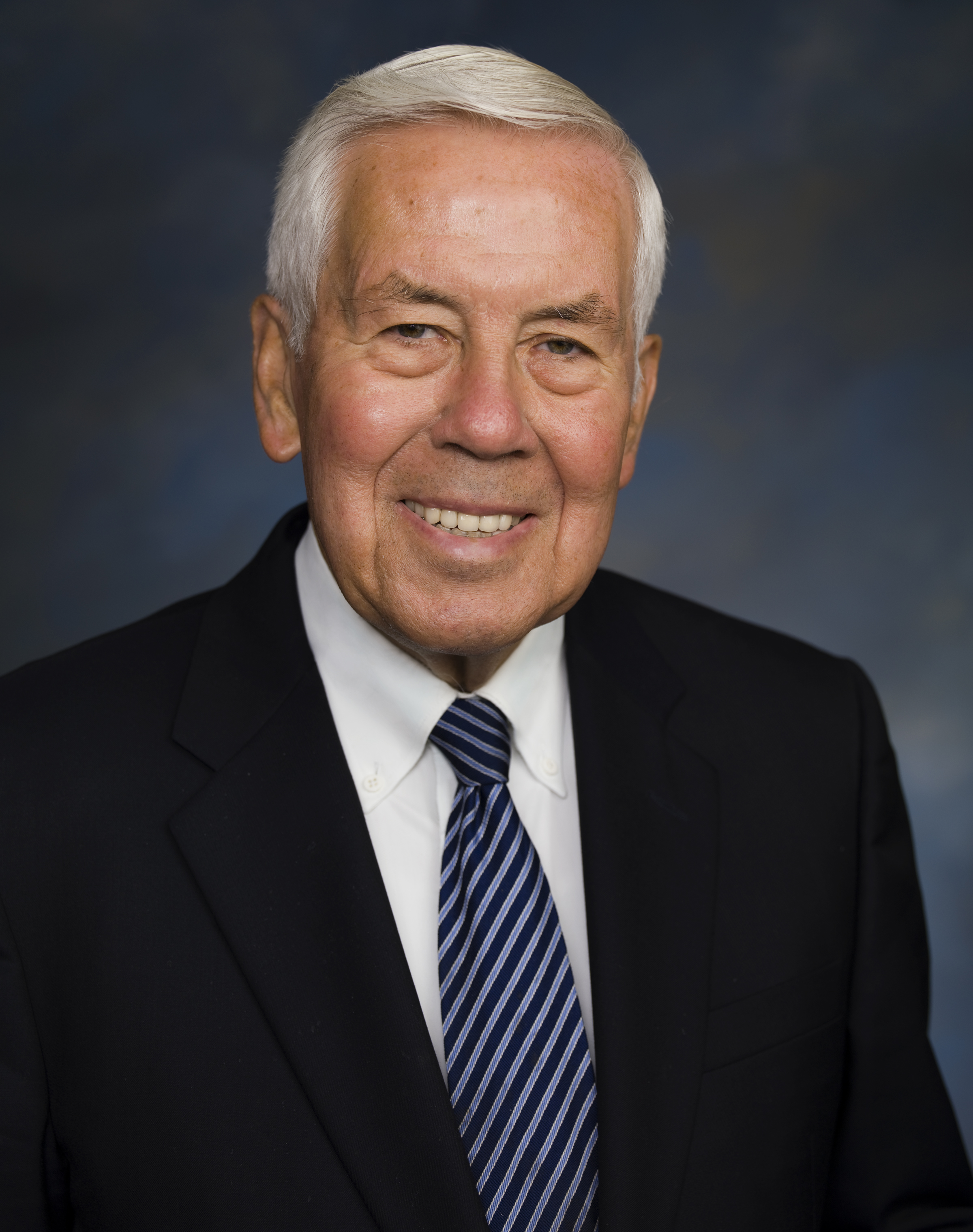 Born in Indianapolis, Indiana, Lugar is a graduate of Denison University and Oxford University. He served on the Indianapolis Public Schools/Indianapolis Board of School Commissioners from 1964 to 1967 before he was elected to two terms as List of mayors of Indianapolis/Mayor of Indianapolis, serving from 1968 to 1976. During his tenure as Mayor, Lugar served as the President of the National League of Cities in 1971 and gave the keynote address at the 1972 Republican National Convention.

If you enjoy these quotes, be sure to check out other famous politicians! More Richard Lugar on Wikipedia.

Despite elections and the experience of post-Soviet personal freedoms by the Russian people, the fate of democracy in Russia is perhaps more ambiguous now than at any time since the collapse of the Communist system.

We must perfect a worldwide system of accountability for nuclear, biological and chemical weapons. 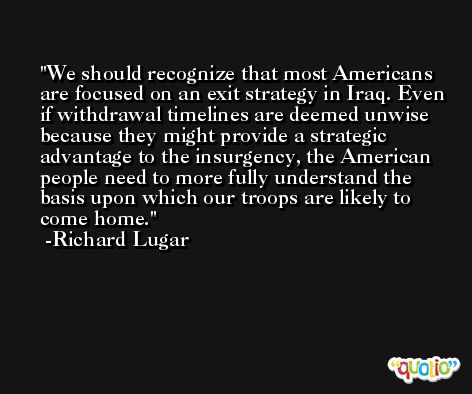 Even if withdrawal timelines are deemed unwise because they might provide a strategic advantage to the insurgency, the American people need to more fully understand the basis upon which our troops are likely to come home.

We are not certain as to why or the particular activity that caused that delay, ... We are pleased that our flight was able to continue to Kiev, albeit three hours later. 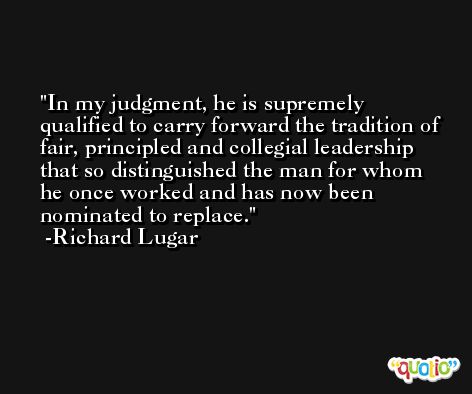 We are not certain as to why or (what was) the particular activity that caused that delay, ... We are pleased that our flight was able to continue to Kiev, albeit three hours later. ... We still had a good night's sleep.

[Other Republicans echoed Specter's dismay.] I am disappointed that Gov. William Weld did not receive a hearing before the Senate Foreign Relations Committee, ... The advice and consent procedure provided by our Constitution strongly suggests that many Senators will want to question a presidential nominee and that the nominee will have an opportunity to respond to public questions and criticism. 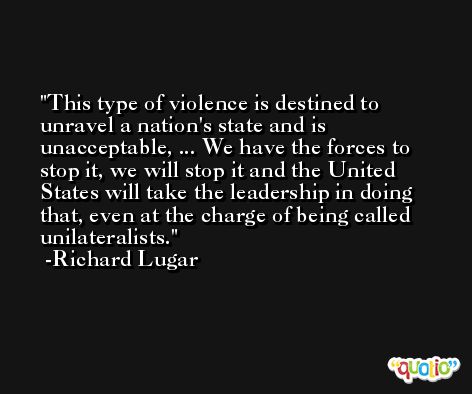