"Richard King" is the name of:

*Sir Richard King, 2nd Baronet (1774–1834), son of the above and British admiral who served at the Battle of Trafalgar

If you enjoy these quotes, be sure to check out other famous directors! More Richard King on Wikipedia.

In this way, some film schools can be destructive.

I aspire to eventually be making my living by making movies. 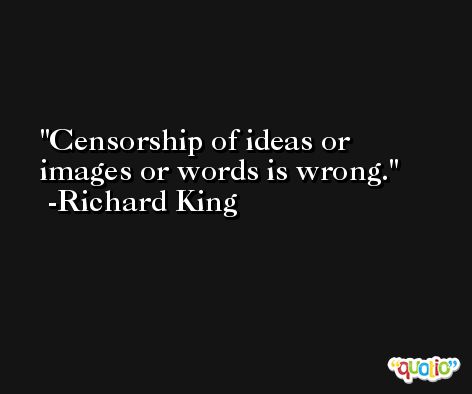 More people are exposed to movies than to most other forms of art. 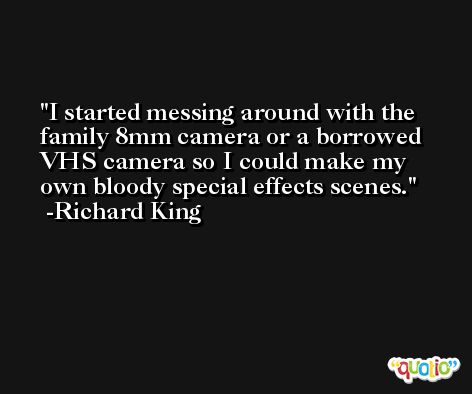 And the fact that you must make the movie for yourself because no one else will ever fully appreciate the endeavor, makes it a more rewarding challenge.

Subject matter that is not bound to reality offers more opportunity to write a unique story and cinematically present it in very unique ways. 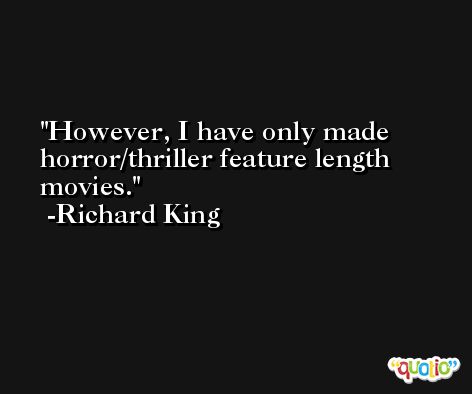