"Richard Joseph Daley" was an United States/American politician who was the Mayor of Chicago for 21 years (1955-1976) and chairman of the Cook County, Illinois/Cook County Democratic Central Committee for 23 years, holding both positions until his death in office in 1976. Daley was Chicago's third consecutive mayor from the working-class, heavily Irish-American/Irish American Bridgeport, Chicago/Bridgeport neighborhood on Chicago's South Side, where he lived his entire life.

He is remembered for doing much to avoid the declines that some other "rust belt" cities like Cleveland, Buffalo, New York/Buffalo and Detroit experienced during the same period. He had a strong base of support in Chicago's Irish Catholic community, and he was treated by national politicians such as Lyndon B. Johnson as a pre-eminent Irish American, with special connections to the Kennedy family. He played a major role in the History of the United States Democratic Party/history of the Democratic Party, especially with his support of John F. Kennedy in United States presidential election, 1960/1960 and of Hubert Humphrey in United States presidential election, 1968/1968.

If you enjoy these quotes, be sure to check out other famous politicians! More Richard J. Daley on Wikipedia.

We shall reach greater and greater platitudes of achievment. 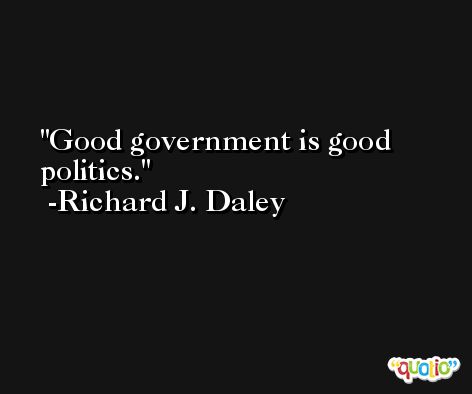 Look at our Lords disciples. One denied Him; one doubted Him; one betrayed Him. If our Lord couldn't have perfection, how are you going to have it in city government?

Even the Lord had skeptical members of His party. 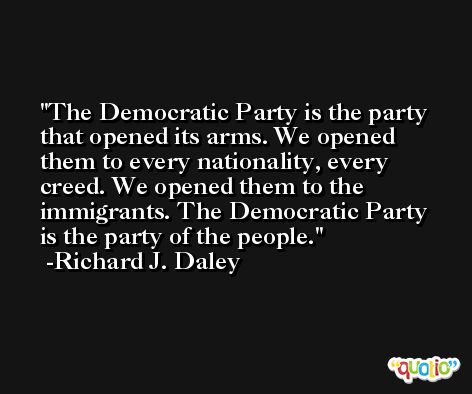 I'm not the last of the old bosses. I'm the first of the new leaders.

They have vilified me, they have crucified me; yes, they have even criticized me. 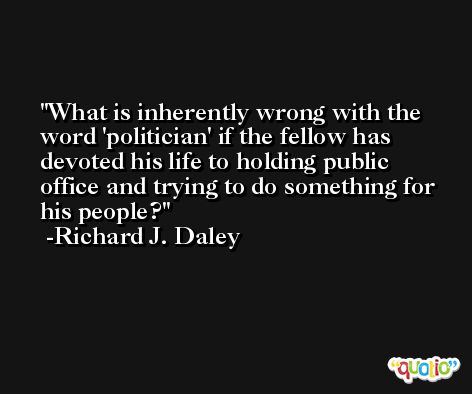