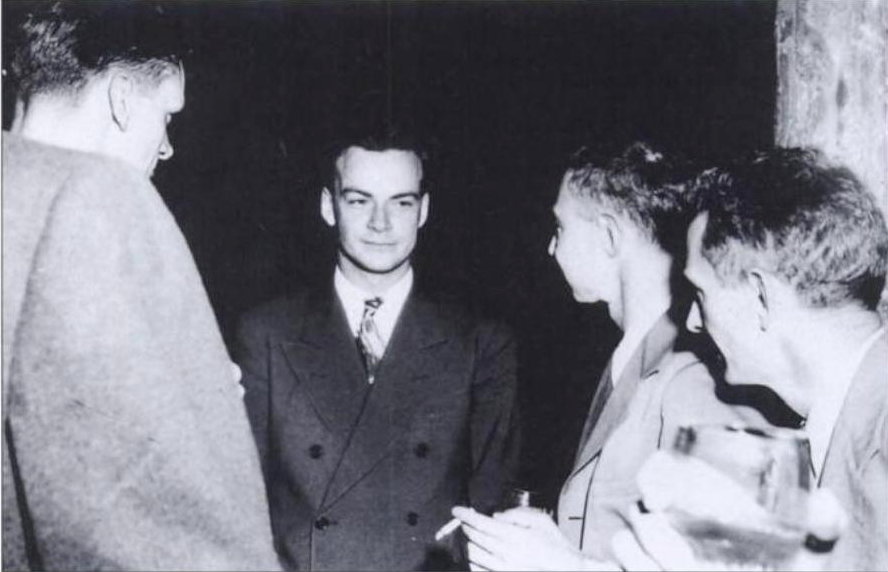 "Richard Phillips Feynman" was an American theoretical physicist known for his work in the path integral formulation of quantum mechanics, the theory of quantum electrodynamics, and the physics of the superfluidity of supercooled liquid helium, as well as in particle physics (he proposed the parton (particle physics)/parton model). For his contributions to the development of quantum electrodynamics, Feynman, jointly with Julian Schwinger and Sin-Itiro Tomonaga, received the Nobel Prize in Physics in 1965. He developed a widely used pictorial representation scheme for the mathematical expressions governing the behavior of subatomic particles, which later became known as Feynman diagrams. During his lifetime, Feynman became one of the best-known scientists in the world. In a 1999 poll of 130 leading physicists worldwide by the British journal Physics World he was ranked as one of the ten greatest physicists of all time.

There is no harm in doubt and skepticism, for it is through these that new discoveries are made.

The idea is to try to give all the information to help others to judge the value of your contribution; not just the information that leads to judgment in one particular direction or another. 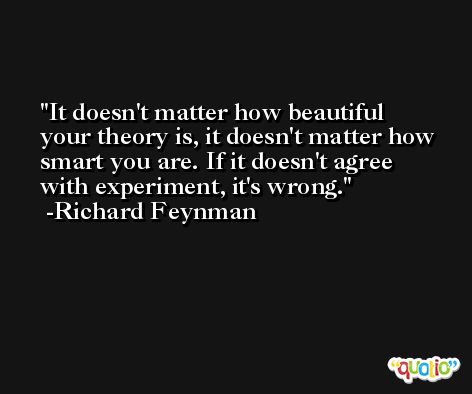 Science is the belief in the ignorance of the experts.

The real question of government versus private enterprise is argued on too philosophical and abstract a basis. Theoretically, planning may be good. But nobody has ever figured out the cause of government stupidity and until they do (and find the cure) all ideal plans will fall into quicksand. 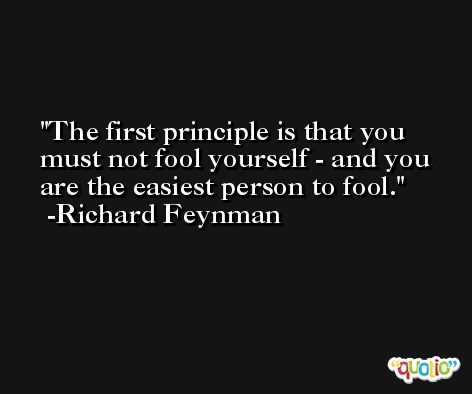 A philosopher once said 'It is necessary for the very existence of science that the same conditions always produce the same results'. Well, they do not. You set up the circumstances, with the same conditions every time, and you cannot predict behind which hole you will see the electron.

We are at the very beginning of time for the human race. It is not unreasonable that we grapple with problems. But there are tens of thousands of years in the future. Our responsibility is to do what we can, learn what we can, improve the solutions, and pass them on. 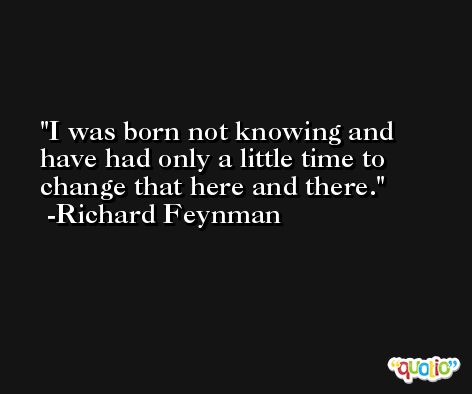 I believe that a scientist looking at nonscientific problems is just as dumb as the next guy.

You can know the name of a bird in all the languages of the world, but when you're finished, you'll know absolutely nothing whatever about the bird... So let's look at the bird and see what it's doing -- that's what counts. I learned very early the difference between knowing the name of something and knowing something. 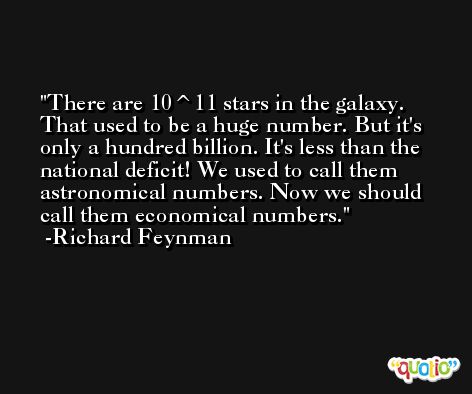 It's because somebody knows something about it that we can't talk about physics. It's the things that nobody knows anything about we can discuss. 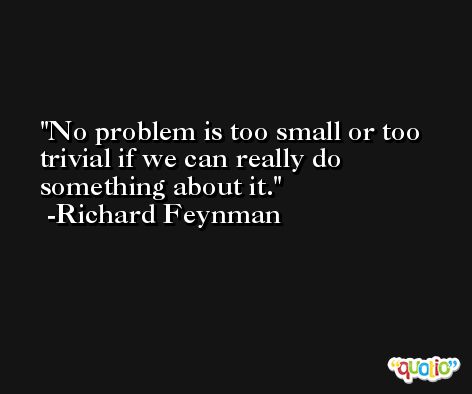 Nature has a great simplicity and therefore a great beauty.

For a successful technology, reality must take precedence over public relations, for Nature cannot be fooled. 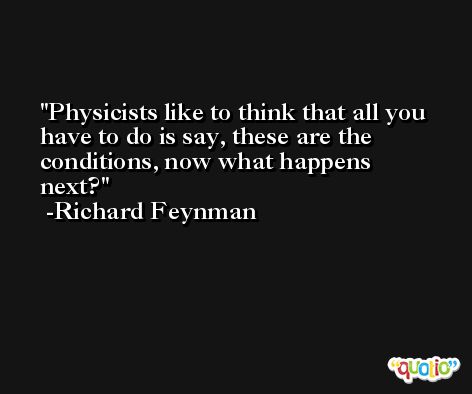 Philosophers say a great deal about what is absolutely necessary for science, and it is always, so far as one can see, rather naive, and probably wrong.

Physics is like sex: sure, it may give some practical results, but that's not why we do it. 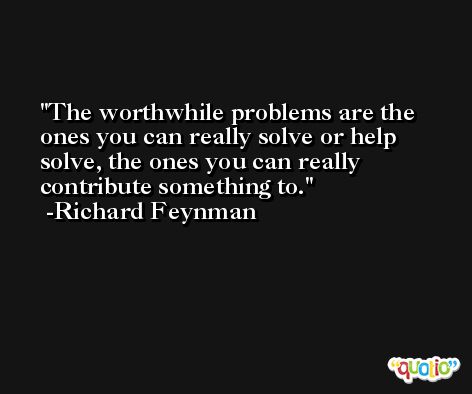 If you thought that science was certain - well, that is just an error on your part.

There is a computer disease that anybody who works with computers knows about. It's a very serious disease and it interferes completely with the work. The trouble with computers is that you 'play' with them! 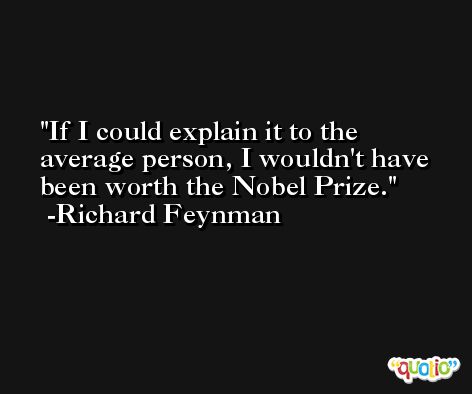