"Richard Nelson Corliss" is one of the editors of Time (magazine)/Time magazine who focuses on movies, with occasional articles on other subjects.

He is the former editor-in-chief of Film Comment and author of three books, including Talking Pictures, which, along with other publications, drew early attention to the screenwriter, as opposed to the director. He coined the widely used term "Drop Dead Gorgeous (disambiguation)/drop-dead gorgeous" in 1985 when describing Michelle Pfeiffer's performance in the film, Into the Night (film)/Into the Night.

If you enjoy these quotes, be sure to check out other famous writers! More Richard Corliss on Wikipedia.

It is said that no star is a heroine to her makeup artist.

Today is a time of turbulence and stagnation, of threat and promise from a competitor: the magic, omnivorous videocassette recorder (VCR). In other words, it is business as usual. 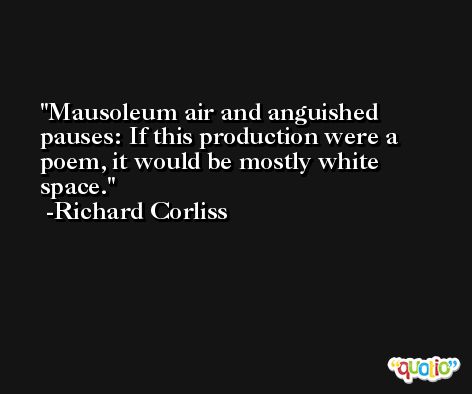 [Michael Hastings] has composed a dirge to incompatibility, which, because it raises expectations only to defeat them, leaves a taste of exhumed ashes.

Every artist undresses his subject, whether human or still life. It is his business to find essences in surfaces, and what more attractive and challenging surface than the skin around a soul? 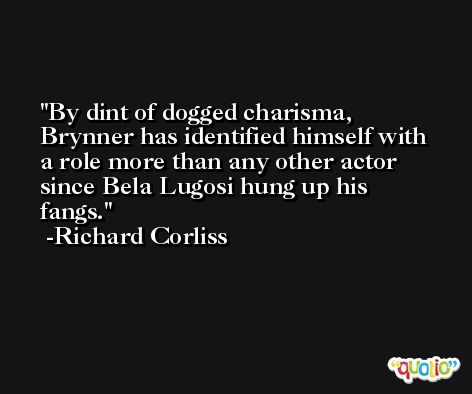 The line readings of Portman and Lloyd are often flat, or flat-out wrong.