As a young man, Cobden was a successful commercial traveller who became co-owner of a highly profitable calico printing factory in Manchester, a city with which he would become strongly identified. However, he soon found himself more engaged in politics, and his travels convinced him of the virtues of free trade (anti-protection) as the key to better international relations.

In 1838, he and John Bright founded the Anti-Corn Law League, aimed at abolishing the unpopular Corn Laws, which protected landowners’ interests by levying taxes on imported wheat, thus raising the price of bread at a time when factory-owners were trying to cut wages. As a Member of Parliament of the United Kingdom/Parliament from 1841, he fought against opposition from the Second Peel ministry/Peel ministry, and abolition was achieved in 1846.

If you enjoy these quotes, be sure to check out other famous businessmen! More Richard Cobden on Wikipedia.

A newspaper should be the maximum of information, and the minimum of comment.

People who eat potatoes will never be able to perform their abilities in whatever job they choose to have. 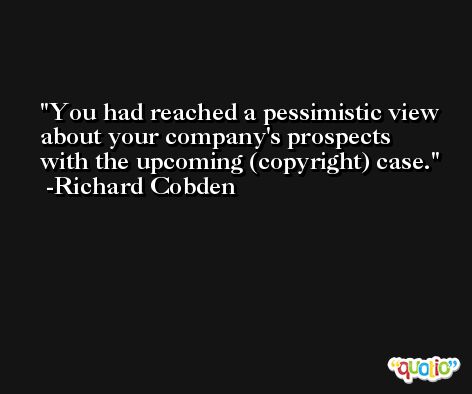 The progress of freedom depends more upon the maintenance of peace, the spread of commerce, and the diffusion of education, than upon the labors of cabinets and foreign offices. 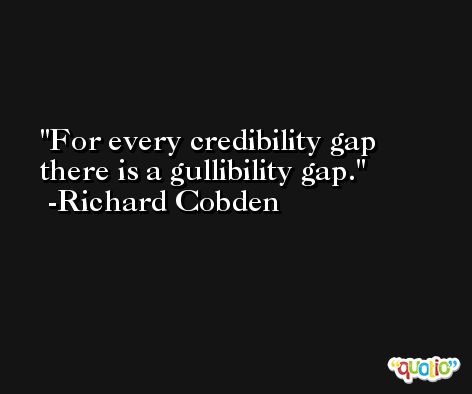