"Richard William Barber" FRSL Society of Antiquaries of London/FSA FRHistS (born 1941) is a United Kingdom/British historian who has published several books about medieval history and literature. His book, The Knight and Chivalry, about the interplay between history and literature, won the Somerset Maugham Award, a well-known British literary prize, in 1971. A similarly-themed 2004 book, The Holy Grail: Imagination and Belief, was widely praised in the UK press, and received major reviews in The New York Times and The New Republic.

Barber has long specialised in King Arthur/Arthurian legend, beginning with the general survey, Arthur of Albion (1961). His other major interest is historical biography: he has published Henry Plantagenet (1964) and a biography of Edward, the Black Prince, Edward Prince of Wales and Aquitaine (1978). His most recent book is Edward III and the Triumph of England: The Battle of Crécy and the Order of the Garter (2013).

But it stays within bounds, and that's an unusual system.

They don't pile up too much oxygen, carbon dioxide, nitrate or phosphate. Those are kept under some kind of biological control. That's how the past has been. The big issue is, will the future work that way? 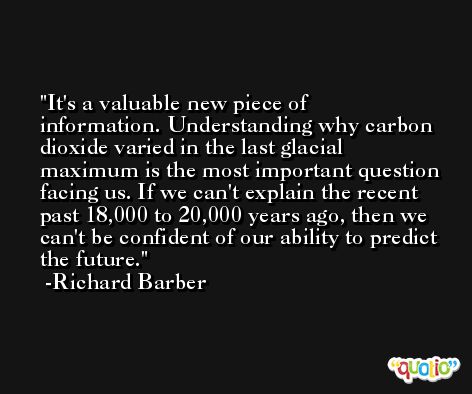 I said, 'Ritchie, we're just messengers here. This is from Jesus.' 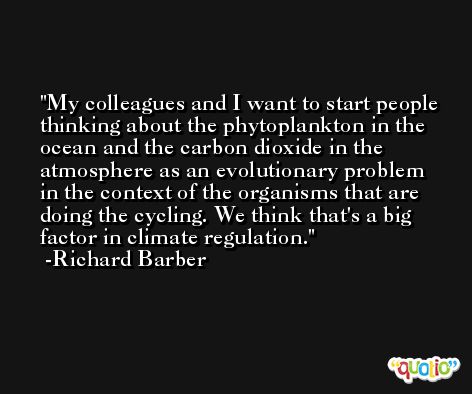 Everybody just praised the Lord, ... It was a pretty moving experience that evening.

We decided to pray for something we could do to make their life easier. 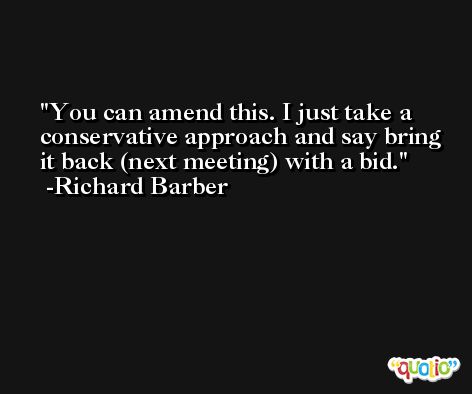