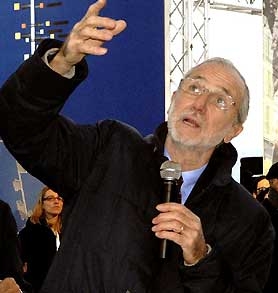 "Renzo Piano", Order of Merit of the Italian Republic/Cavaliere di Gran Croce OMRI is an Italy/Italian Pritzker Architecture Prize/Pritzker Prize-winning architect. Architecture critic Nicolai Ouroussoff said of Piano's works that the "...serenity of his best buildings can almost make you believe that we live in a civilized world."

In August 2013 he was appointed Senator for Life in the Italian Senate by President Giorgio Napolitano.

We chose steel and extra wide panels of glass, which is almost like crystal. These are honest materials that create the right sense of strength and clarity between old and new, as well as a sense of transparency in the center of the institution that opens the campus up to the street.

My inspiration came from the land, ... and, of course, from Paul Klee . . . and the poetics of his paintings. 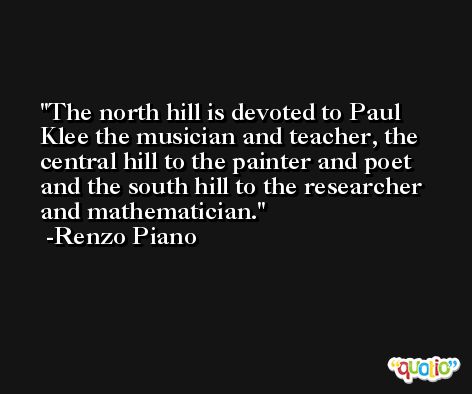 Now this is the fourth layer.

Because the center of the composition is not a building, but an empty space.