"Richard Bernard" ""Red"" "Skelton" was an American entertainer best known for his national old-time radio/radio and television acts between 1937 and 1971 and as host of the television program The Red Skelton Show. Skelton, who has stars on the Hollywood Walk of Fame for his work in radio and television, also appeared in vaudeville, films, nightclubs, and casinos, all while he pursued an entirely separate career as an artist.

If you enjoy these quotes, be sure to check out other famous comedians! More Red Skelton on Wikipedia.

All men make mistakes, but married men find out about them sooner. 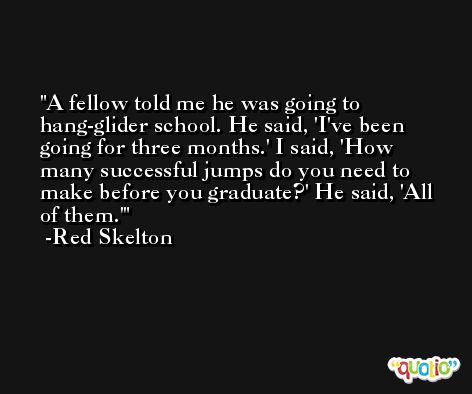 I don't want to be called 'the greatest' or 'one of the greatest'; let other guys claim to be the best. I just want to be known as a clown because to me that's the height of my profession. It means you can do everything-sing, dance, and above all, make people laugh.

I personally believe that each of us was put here for a purpose -- to build not to destroy. If I can make people smile, then I have served my purpose for God. 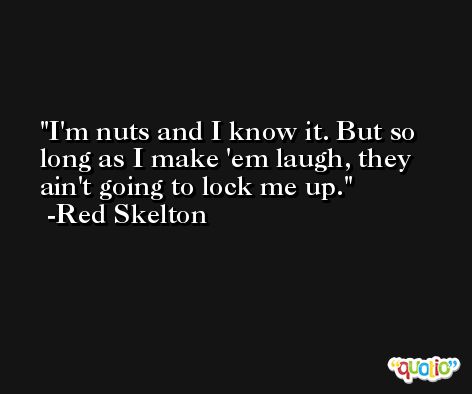 No matter what your heartache may be, laughing helps you forget it for a few seconds.

God's children and their happiness are my reasons for being. 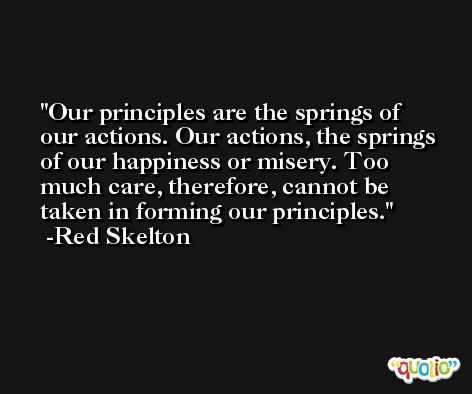