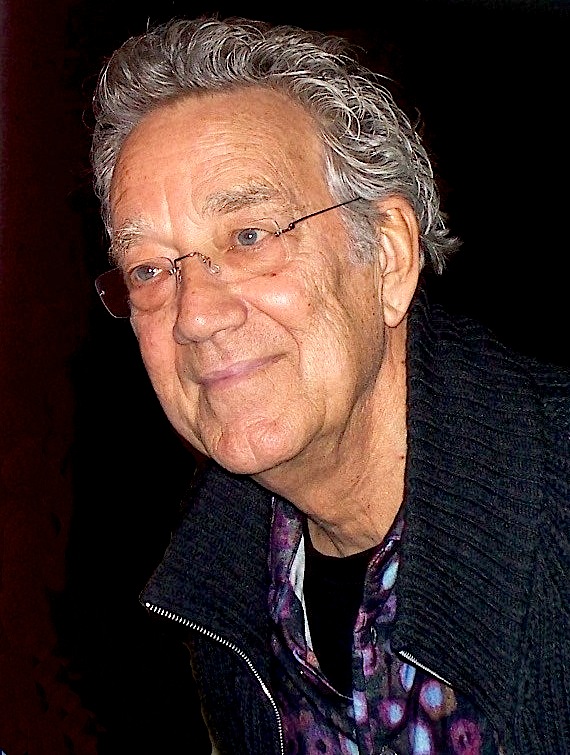 "Raymond Daniel Manczarek Jr.", known as "Ray Manzarek", was an Americans/American musician, singer, producer, film director, and author, best known as a founding member and keyboardist of The Doors from 1965 to 1973. He was a co-founding member of Nite City from 1977 to 1978, and of Manzarek–Krieger from 2001 to his death.

If you enjoy these quotes, be sure to check out other famous musicians! More Ray Manzarek on Wikipedia.

Cadillac said we could all fly out to Detroit and give input as they start putting together their hybrid models and the way they would be presented to the public?. Artists and corporations working together, that's the 21st century. That's the true Age of Aquarius. But John's ego wouldn't let him see it was a good thing to do.

Danny is standing side-by-side with his great friend, Jim Morrison, and the two of them will now be laughing together into eternity. 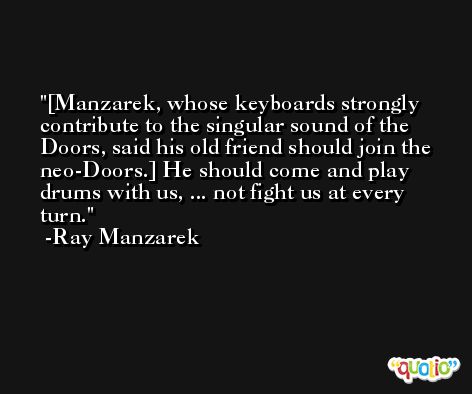 We're all getting older. We should, the three of us, be playing these songs because, hey, the end is always near. Morrison was a poet, and above all, a poet wants his words heard.

It doesn't matter what we call it, it's still Robbie and I together playing 'Light My Fire' and 'Love Me Two Times.' John should come and play and let us celebrate and keep this music alive. Look, what do I say to the cynics? I would like to play with Jim Morrison again. But you know what? I can't call him. I'm sorry. He's dead. He's busy. He's in eternity.